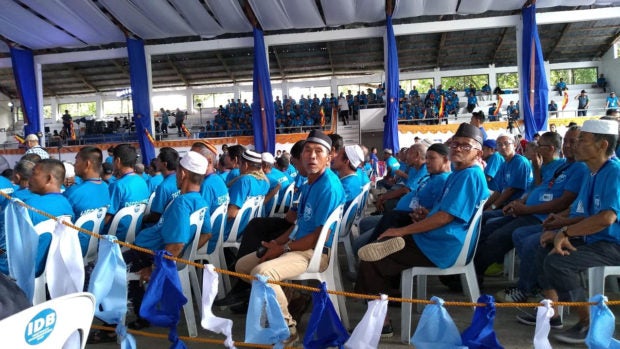 MANILA, Philippines — The Armed Forces of the Philippines on Wednesday said it would conduct an investigation on the claim of Bangsamoro interim chief and Moro Islamic Liberation Front chairman Al-Hajj Murad Ebrahim that the “main source” of loose firearms in Mindanao comes from the military.

In an interview with ABS CBN News Channel, Murad said most loose firearms used by rebels and armed groups in Mindanao are from the military and bear the markings of Department of National Defense.

The DND and AFP said they “take cognizance” of Murad’s statements.

AFP spokesperson Brig. Gen. Edgard Arevalo said the military is aware of losses of ammunition and firearms in past encounters, but those were “properly reflected on records.”

But because of Murad’s statements, he said the AFP will conduct an investigation and inventory. Anyone found guilty of involvement in cases of pilferage would be sanctioned.

“The AFP has very strict regulations concerning cases of pilferage. And should this be the case, we will throw the books at any military personnel found guilty of such offense. And they will be meted stiff penalties under the Articles of War – other criminal and civil punishments applicable, notwithstanding,” Arevalo said in a statement.

Defense spokesperson Dir. Arsenio Andolong said that they are not tolerating anyone from their ranks who are violating Philippine gun laws.