EMB confirms presence of haze from Indonesia around Metro Cebu 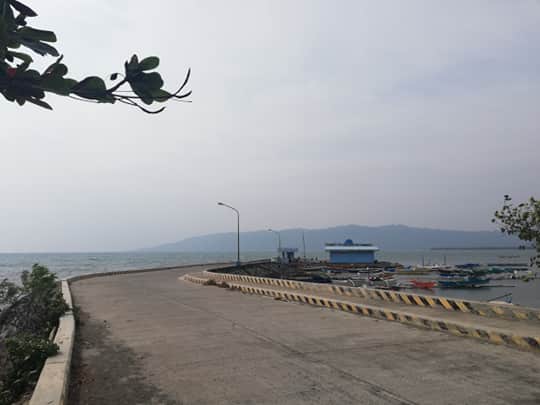 Haze has been present in the Maribojoc mountain in Bohol over the weekend. Leo Udtohan/INQUIRER VISAYAS

CEBU CITY –– The Environmental Management Bureau in Central Visayas (EMB-7) has conducted air quality tests over Metro Cebu following the presence of haze believed to have come from the forest fires in Indonesia.

Engineer Cindy Pepito-Ochea of EMB-7 has confirmed the presence of haze around Metro Cebu whose pictures surfaced on social media.

She said their team has conducted air quality tests as ordered by EMB-7 Director William Cunado to determine the amount of particulate matter found in the air and to check whether it falls on dangerous levels.

Ochea said the public may be asked to wear masks or other protective gear if such levels are found from their tests.

The Department of Environment and Natural Resources central office has earlier warned about the presence of haze brought about by the forest fires in Indonesia.

The haze was also observed in several cities across the Philippines including Tagum, Koronadal, Iloilo, Bacolod, Dumaguete, and Puerto Princesa.

Metro Cebu has been experiencing sunny weather with little or no cloud covers. There were no rains throughout the day either.

Upon checking certain areas of Cebu City, light brown haze is seen in some parts of the sky.

In Bohol over the weekend, residents along the coastal barangay of Tagbilaran facing Maribojoc town, and in some other towns, have noticed manifestations of the haze.

The haze covers the Maribojoc mountain which is visible on ordinary days.

It has also been noticed in Panglao town since Saturday, causing a sting in people’s eyes.

Haze is an atmospheric phenomenon that occurs when dust, smoke, and other dry particles obscure the clarity of the sky.

EMB-7 encouraged “the public to take safety measures and wear personal protective equipment (PPE) such as dust mask or eye goggles to protect yourself from air pollutants.”

“If you have nothing to do outside, stay indoors and always keep your windows and doors closed. Do not jog or run outside as the body ingests more pollutants when active,” its advisory added./lzb