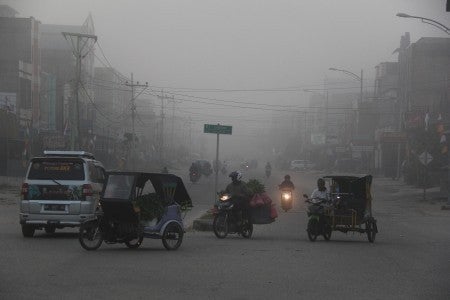 Residents use a road in Dumai city, Riau amid a thick smokey haze that blankets the city on Aug. 16, 2018. The smoke starts to fill the air as more hot spots are detected in the dry season. Antara/Aswaddy Hamid via The Jakarta Post

Illegal fires to clear land for agricultural plantations are blazing out of control on Sumatra and Borneo islands, with Jakarta deploying thousands of security forces and water-bombing aircraft to tackle them.

The Indonesian blazes are an annual problem but this year’s are the worst since 2015, when they caused a serious environmental crisis, and have added to concerns about wildfire outbreaks worldwide exacerbating global warming. 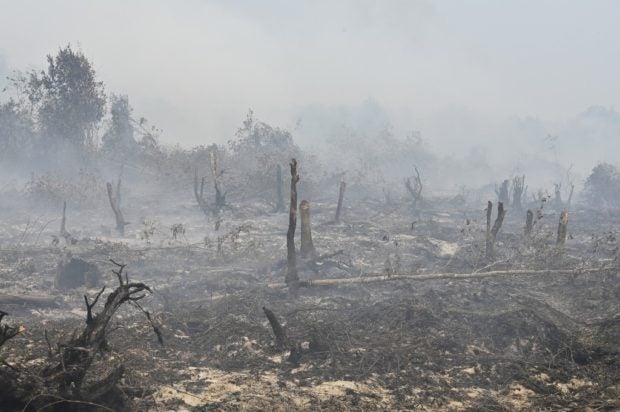 Smoldering peatland is pictured in Kampar, Riau province, on September 17, 2019. – Indonesia is battling forest fires causing toxic haze across Southeast Asia with aircraft, artificial rain, and even prayer, President Joko Widodo said during a visit to a hard-hit area on September 17. (Photo by ADEK BERRY / AFP)

On Wednesday, air quality deteriorated to “very unhealthy” levels on the government’s air pollutant index along the west coast of peninsular Malaysia, to the east of Sumatra, with the Kuala Lumpur skyline shrouded by dense smog.

Over 1,200 schools were closed due to air pollution across the country, according to a tally of figures from local education officials.

The two worst-affected states were Selangor, outside Kuala Lumpur, where 538 schools were closed, and Sarawak on Borneo with 337 closures. Hundreds of schools in several other states in peninsular Malaysia were also affected. 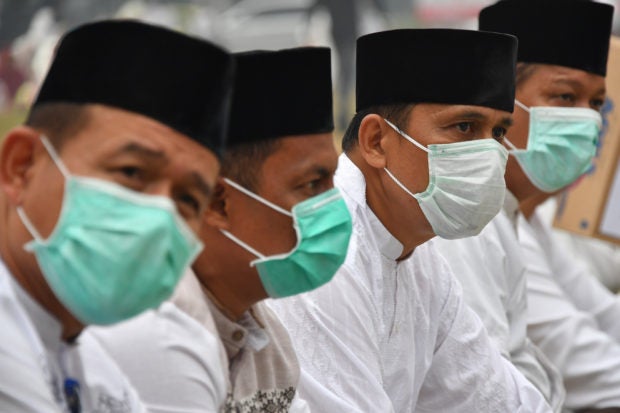 Borneo island is divided between Indonesia, Malaysia, and Brunei.

Air quality in Singapore worsened to unhealthy levels, with a white smog hanging over the city-state, increasing fears that this weekend’s Formula One race may be affected.

Race organizers have said the possibility of haze is one of the issues in their contingency plan for Sunday’s showpiece night race.

The Indonesian government has insisted it is doing all it can to fight the fires, with President Joko Widodo saying during a visit to a hard-hit area on Sumatra on Tuesday that “we have made every effort”.

But this year’s fires have been worsened by dry weather and experts believe there is little chance of them being extinguished until the onset of the rainy season, in October.

Indonesia’s meteorology, climate and geophysics agency said Wednesday that over 1,000 hotspots – areas of intense heat detected by satellite that indicate a likely fire – had been sighted, most of them on Sumatra.

Air quality has reached dangerous levels in the worst-hit areas of Indonesia, prompting school closures and flight cancellations due to low visibility. /kga