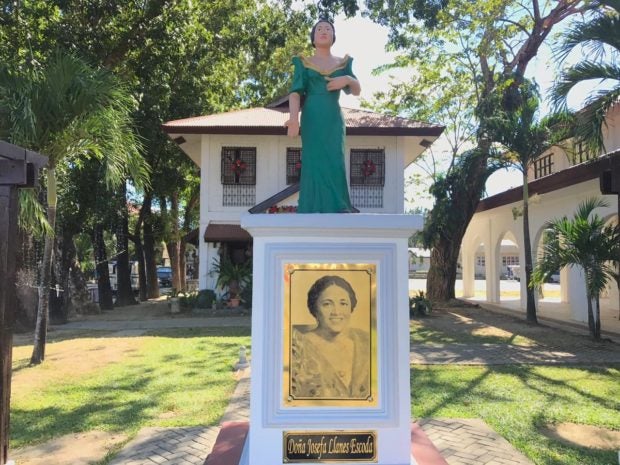 Statue of war heroine and civic leader Josefa Llanes Escoda in Dingras, Ilocos Norte. Escoda is the founder of the Girl Scouts of the Philippines. Nestor Corrales/INQUIRER.net

Escoda, who was born in Dingras, founded the Boy’s Town in Manila for underprivileged youth in 1937 and the Girl Scouts of the Philippines in 1940.

She was arrested in August 1944 on suspicion of being a guerilla sympathizer. She was executed by the Japanese in 1945 after she was being tortured.

A museum for her was built in Dingras in honor of the World War II heroine.  /muf