MANILA, Philippines – Police arrested an officer of the National Democratic Front of the Philippines (NDFP) in her residence in Laguna Tuesday night. 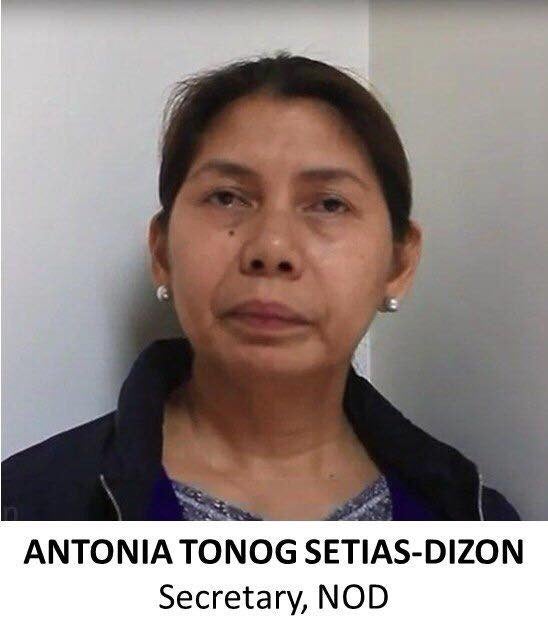 Police said Dizon is the secretary of the NDFP’s National Organizing Department.

An arrest warrant for murder, issued by Acting Executive Judge Lou Nueva of the Regional Trial Court Branch 7 in Bayugan City, Agusan Del Sur, was served by members of the arresting team.

Police also served search warrants for violation of the Comprehensive Law on Firearms and Ammunition and Comprehensive Dangerous Drugs Act of 2002 against Dizon.

Recovered from Dizon’s residence were a loaded .38 caliber pistol, two cellphones a laptop and various documents.