ROME  — The Vatican’s criminal prosecutor is seeking to indict a one-time seminarian accused of sexually abusing younger seminarians who lived inside the Vatican and served as altar boys at papal Masses in St. Peter’s Basilica. 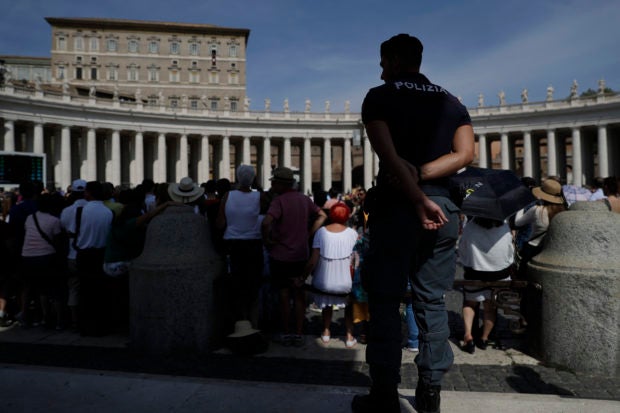 The Vatican said Tuesday an indictment was also being sought for the former rector of the Vatican’s St. Pius X youth seminary, who is accused of aiding and abetting the crime.

The scandal at the Holy See’s own youth seminary is particularly grave, given that the alleged misconduct occurred inside the Vatican’s own walls and was covered up for years until it was exposed by Italian journalists in 2017. The indictment requests appear to mark the first time the Vatican has sought to prosecute a case of sex abuse occurring on its own territory.

In a statement Tuesday, the Vatican press office said the Vatican prosecutor was seeking an indictment against the Rev. Gabriele Martinelli, who was ordained a priest even though a former seminarian had told a series of bishops, a Vatican cardinal and even the pope that Martinelli had repeatedly molested his roommate in the seminary dorm.

The whistleblower, Kamil Jarzembowski, was kicked out of the seminary after first reporting the abuse in 2012. When he went public with his claims in 2017, he was promptly discredited by the Italian bishops and priests who had backed the seminarian.

The Vatican said the delay in the investigation was due to Vatican laws requiring the actual victim to have filed a complaint within a year of the abuse; it said Pope Francis made an exception and in July allowed the investigation to proceed.

The case concerns the closed world of the St. Pius X youth seminary, located inside a palazzo just a few steps from the Vatican hotel where Francis lives. It serves as a residence for about a dozen boys, aged 12 to 18, who serve as altar boys at papal Masses.

Jarzembowski says his roommate was first molested by Martinelli when both were minors, but that the molestation continued after the older seminarian turned 18.

Martinelli has never responded to the allegations; His order, the Opera Don Falchi which runs the youth seminary, did not respond to an email seeking comment late Tuesday.

The group previously lashed out at the allegations by Jarzembowski and other former students, calling them “mud,” a “violent attack on the church” and nothing more than “calumny and falsifications.”

The Vatican agreed to reopen the investigation after Italian journalists Gaetano Pecoraro and Gianluigi Nuzzi exposed the scandal in 2017.

Pecoraro said Tuesday he was pleased for the young men who came forward, and was “happy for the sense shown by the pope.” He also praised his investigative news program Le Iene for going forward with his report despite pressure from the church to withdraw the boys’ reports.

The scandal exposed how until this year, even Vatican City didn’t have a clear-cut policy to handle abuse claims. After Jarzembowski reported the abuse, Vatican police, who have jurisdiction over the territory, were never called in to investigate.

A series of bishops, including Cardinal Angelo Comastri, Francis’ vicar for Rome and the archpriest of St. Peter’s Basilica, said they investigated, but no one ever interviewed Jarzembowski’s roommate.