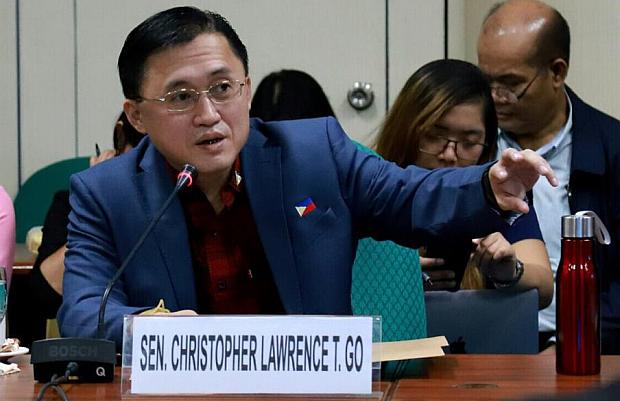 MANILA, Philippines — Sen. Christopher Lawrence “Bong” Go urged on Monday the full use of drug rehabilitation facilities with the active participation of the Philippine Drug Enforcement Agency (PDEA) and the Dangerous Drugs Board (DDB) in their operation.

Go made the call during the hearing conducted by Senate Committee on Finance on the 2020 budget of both PDEA and DDB.

According to a statement he issued after the hearing, the Philippines has 54 rehabilitation centers, 19 of which are operated by the Department of Health (DOH). The centers have combined bed capacity 5,300 — which if not used would just go to waste.

[What’s the participation of the DDB and PDEA in the operations of these rehab centers?]

Go asked PDEA Director General Aaron Aquino about what support the Senate could provide to further strengthen and maximize the drug rehabilitation facilities of the government.

[What’s the update on the rehab centers in Nueva Ecija? In Las Piñas? In Bukidnon? It seems their occupancy is way below our expectations. Our facilities there are going to waste. They’re hardly being used.]

Aquino promptly answered the senator that the best rehabilitation method for drug dependents would be a community-based treatment.

He also noted that many drug dependents were reluctant to enroll facilities that would too far from where their families lived.

Go assured PDEA and DDB representatives of his unwavering support for the drug rehabilitation program.

[We here at the Senate give you our full support. I support you. I just have a request: Let’s go after the drug lords first. They are suppliers. Second, let’s help those who want to start a new life by maximizing the use of these rehab centers. They are victims. Have pity on them. There are many who would want to change their lives. Let’s help them.

Go asked Aquino if PDEA still had sufficient funds for a reward system for agents and operatives who detain drug dependents.

Aquino answered that there were two reward systems.

To strengthen the government’s campaign against illegal drugs, Go filed during the start of the 18th Congress a measure that seeks to establish a drug abuse treatment and rehabilitation center in every province nationwide.