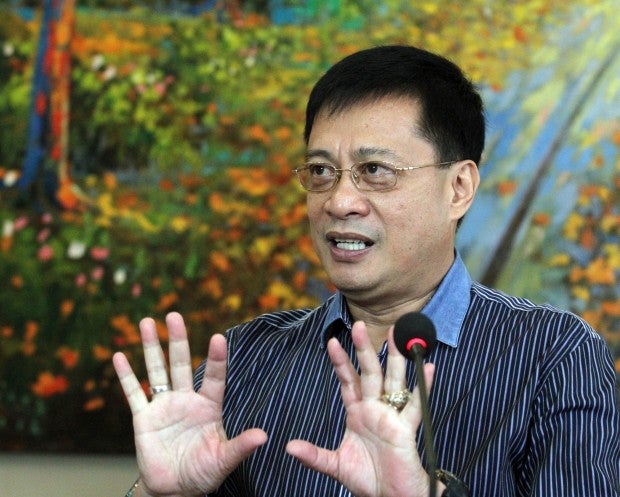 CONTROVERSIAL MAYOR VIC LOOT/JULY 7, 2016: Controversial former PNP general and former Daanbantayan Mayor Vicente Loot gestures as he answers questions regarding the anouncement of President Duterte that he is one of the PNP Generals involved in the illegal drug protectors in a press conference in the Governors conference room. CDN FILE PHOTO/JUNJIE MENDOZA

Loot and his family survived an ambush at a wharf in Daanbatayan in May 2018.

Loot, a former police general, was one of the five “narco generals” Duterte named in 2016. The five denied Duterte’s allegations.

In December last year, Duterte denied having a hand in the ambush of Loot and pointed to his 2016 presidential elections rival and former Interior Secretary Mar Roxas as the one who ordered the assault.

“Loot was ambushed twice but could not be killed. I did not order the ambush. It was Roxas. Roxas ordered his ambush, not me,” Duterte said.

But Malacañang said Duterte was just “joking” when he accused Roxas of allegedly ordering Loot’s ambush.