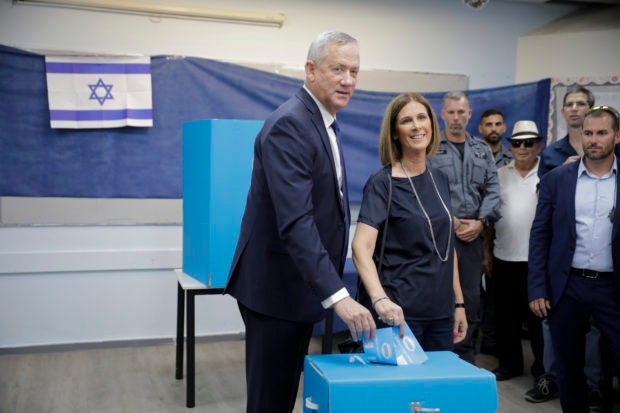 THE HAGUE, Netherlands — A jurisdiction hearing has started in a civil case brought by a Dutch-Palestinian man against two former Israeli military commanders, one of whom is a leading candidate in Israel’s elections, over their role in an airstrike on the family’s home in Gaza that killed six relatives.

Ismail Zeyada brought the case in The Hague District Court on Tuesday because he argues he cannot successfully hold Israeli military leaders accountable in Israeli courts.

He is suing former Israeli air force commanders Amir Eshel and Benny Gantz – leader of the centrist Blue and White party that is running even with Israeli Prime Minister Benjamin Netanyahu’s Likud in Israeli elections being held Tuesday. Neither man was present in court.

Lawyers for the Israelis argued that the court does not have jurisdiction. /kga