Napoles continues bid to wriggle way out of plunder cases

MANILA, Philippines—Pork barrel scam brains Janet Lim Napoles continued to try to wriggle her way out of one of several plunder cases still pending against her, asking the Sandiganbayan to dismiss the case involving her and one of several former lawmakers allegedly involved in her racket, Edgar Valdez.

In a supplemental motion for reconsideration filed at the anti-graft court’s Fifth Division, Napoles argued that the prosecution had failed to prove she gave kickbacks to Valdez, who was then representing the party-list group Apec, in exchange for Valdez assigning tens of millions of pesos of his pork barrel fund to a bogus organization belonging to Napoles’ network. 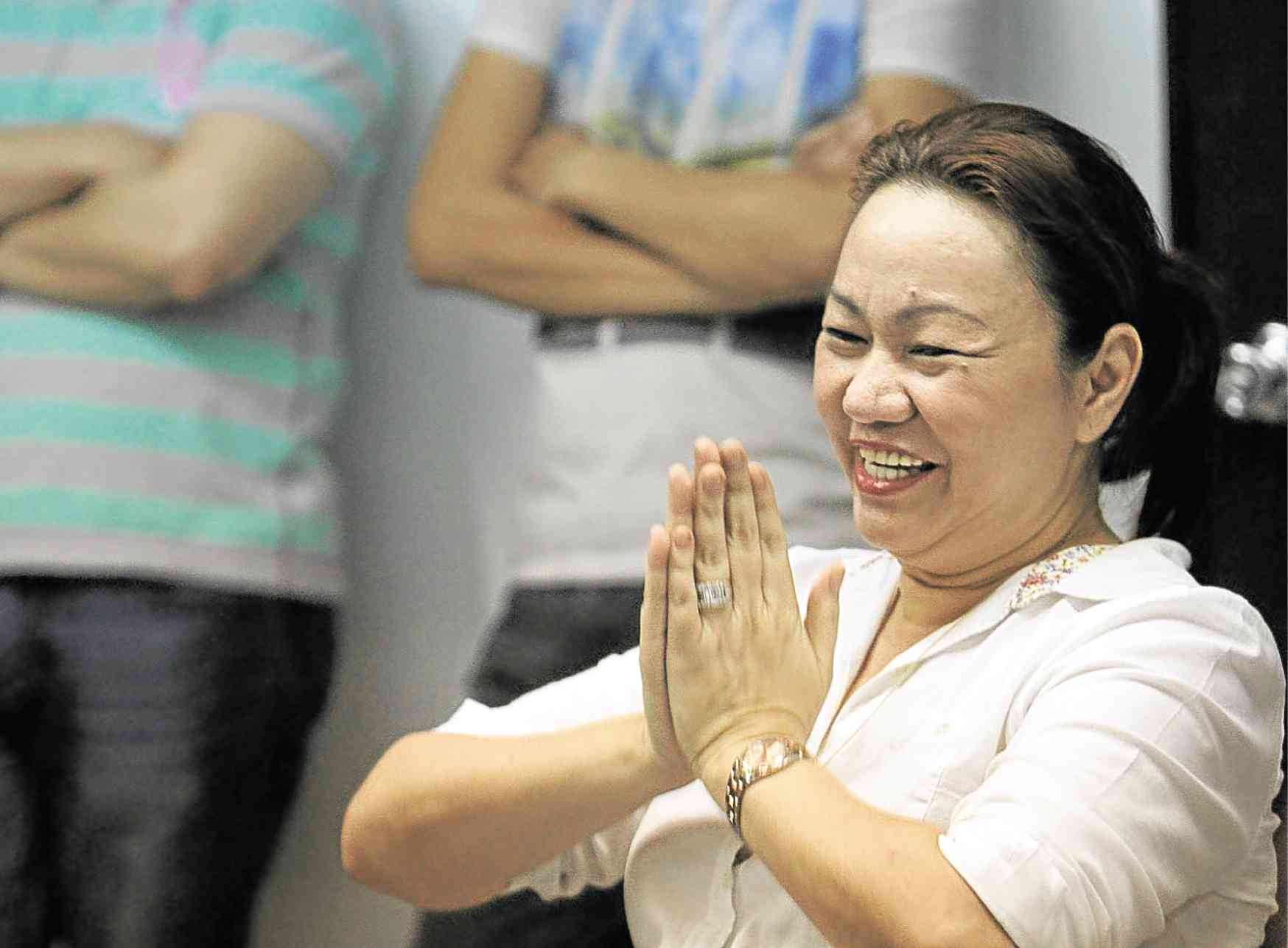 Janet Lim-Napoles during an interview at the Inquirer office on Aug. 9, 2013. She surrendered to authorities 19 days later, after the Aquino administration offered a P10-million bounty for her arrest.

Rony Garay, Napoles’ lawyer, said in the motion that receipt of the kickbacks or commissions from Napoles or John Raymund De Asis, head of one of Napoles’ bogus groups, “must be shown by positive evidence to satisfy the essential element of the crime of plunder.”

The motion said since plunder is defined as amassing, accumulating or acquiring ill-gotten wealth, “it is unthinkable that a public officer” would be guilty of the crime “without first receiving them.”

“With due respect,” the motion continued, “the use of the words ‘amass,’ ‘accumulate’ or ‘acquire’ ill-gotten wealth presupposes receipt and benefit by the main plunderer.”

The court last Sept. 3 denied separate attempts by Napoles and Valdez to question sufficiency of evidence through a demurrer.

Napoles insisted that as a private citizen, she cannot be charged with plunder if the complaint did not specify who the main plunderer was and if there was no conviction of the public official, which has been ruled as automatically considered to be the main plunderer.

Napoles also questioned why Estrada was allowed to post bail while she was not when the basis for Estrada’s temporary liberty was the inability of the prosecution to prove that Estrada was the main plunderer.

READ: Napoles asks Sandiganbayan: Why is Jinggoy out on bail?

Aside from these, Napoles’ lawyer said that the Sandiganbayan has not acquired jurisdiction over the heads of NGOs involved in the case.

In his motion, Garay said failure to take custody of those heading the NGOs meant the court “cannot pierce the veil of their corporate fiction in order to link accused Napoles to show that she owns them.”

Napoles is currently detained at the Correctional Institute for Women (CIW) after she was convicted in the plunder case she shared with Sen. Ramon “Bong” Revilla Jr., who had been acquitted of the same case. Convicted along with Napoles was Richard Cambe, Revilla’s former chief aide./tsb