The law is not for sale, don’t try to bribe NCRPO cops – Eleazar 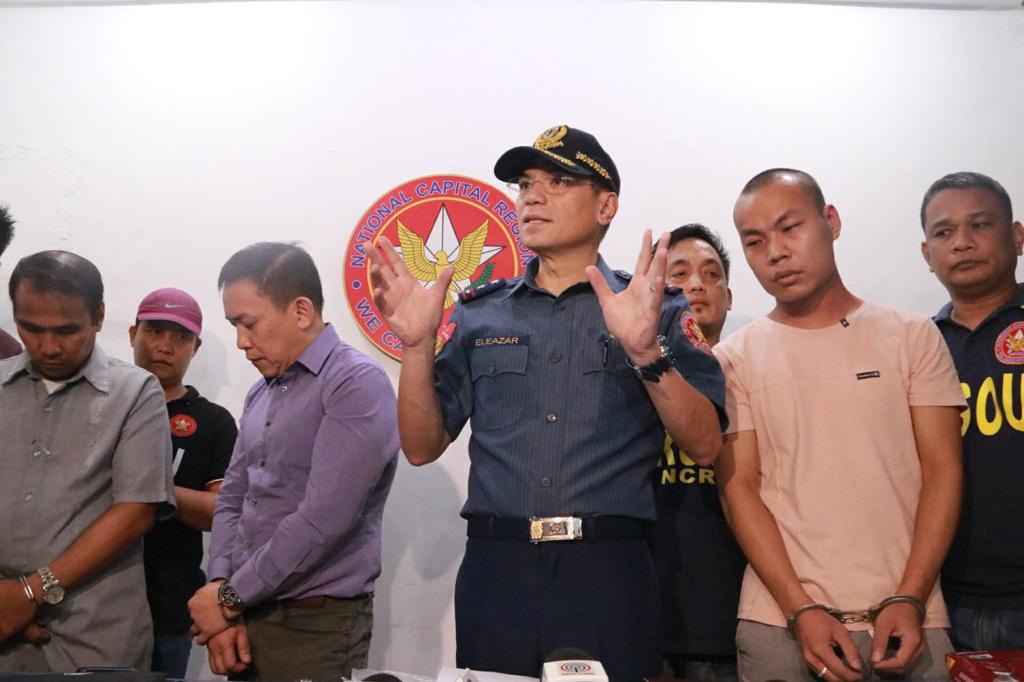 The three offered P2M with an initial P1.2M cash to RSOU chief Lt. Col.Rogarth B.Campo inside his office at Camp Bagong Diwa , Taguig ,at around 2 a.m. last Friday to release a certain “Miss Li,” believed to be a member of a Chinese prostitution syndicate who was arrested earlier with six other Vietnamese women.

Lt. Col. Campo refused the bribe and said no amount of money from criminals can betray his respect for the police uniform and the leadership of President Rodrigo Duterte , Philippine National Police chief Gen. Oscar Albayalde and for Eleazar.

For his part, Eleazar said, Campo’s refusal to accept the bribe shows the real values of gallant men and women in uniform of the NCRPO. He added that it also shows that police officers can be trusted with the majority of them being respectable and professional.

“Here in NCRPO, the law is not for sale. Don’t try to bribe our policemen. And may I say this to policemen, don’t even think of selling yourself to the devil,” he added.

Police said Vasquez and the other suspects were criminally charged before the Taguig City Prosecutor’s Office for bribery in violation of Article 212 or Corruption of Public officials in relation to Article 6 of the Revised Penal Code.