MANILA, Philippines – One was abandoned while another nearly committed suicide because of a violent, abusive husband.

Ma. Stella Sibonga and Len Arcilla, both of the Divorce Coalition of the Philippines, were among the resource persons who narrated their painful married life at the first discussion of the divorce bill in the Senate on Tuesday. 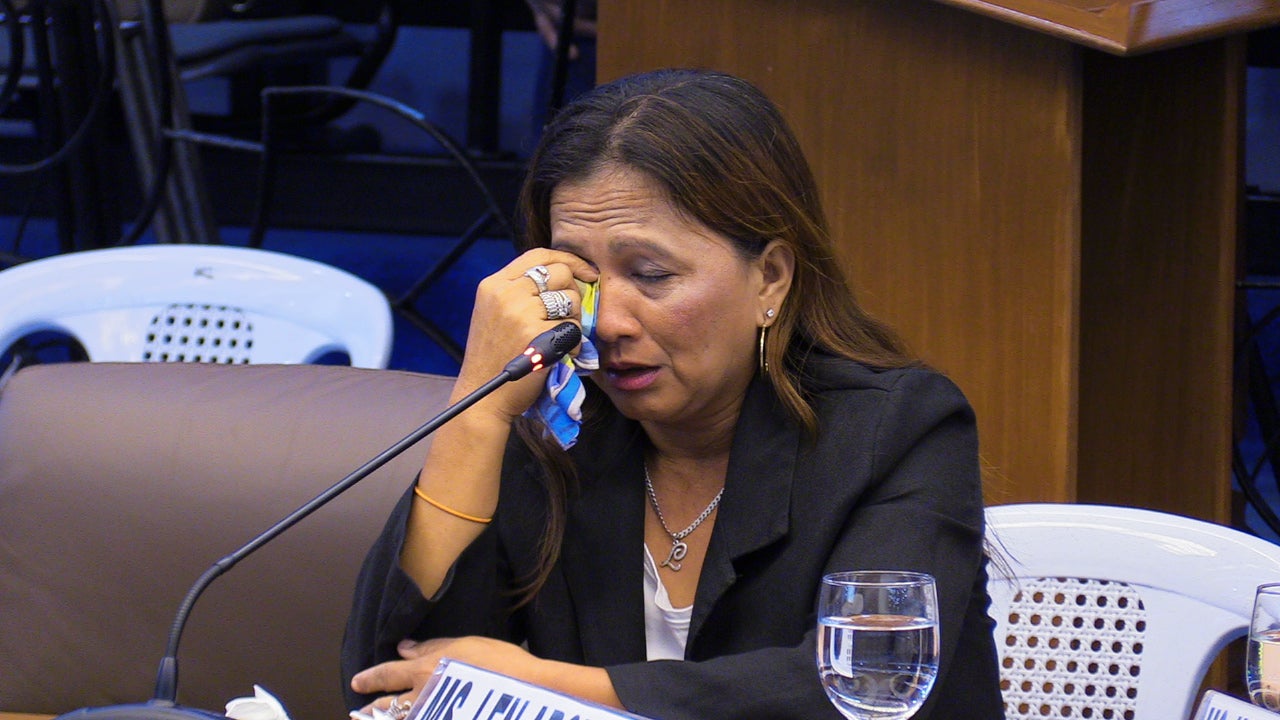 It was in 2002 when her husband started his infidelity, Len told the Senate committee on women.

When she gave her a second chance, she thought they were off to a fresh start.

“Pero after nun naging bangungot na. Yung mga anak ko, lalo na eldest ko lagi nyang sinasaktan, sinasakal nya.  Sinisikmuraan nya tapos ako  tinutukan nya ako ng kutsilyo (It became a nightmare from there.  He would hit and strangle the children and poke a knife at me),” she said in between sobs.

Despite the ordeal, she stayed with her husband just to keep their family intact.

In 2010, Len said her husband told her that he had a stay-in job only to find out that he was living in with another woman.

But it did not end there.

Len said she begged her husband not leave them and said she was willing to “share” him with the mistress.

Still, her husband left and abandoned them.

But Len is not alone. 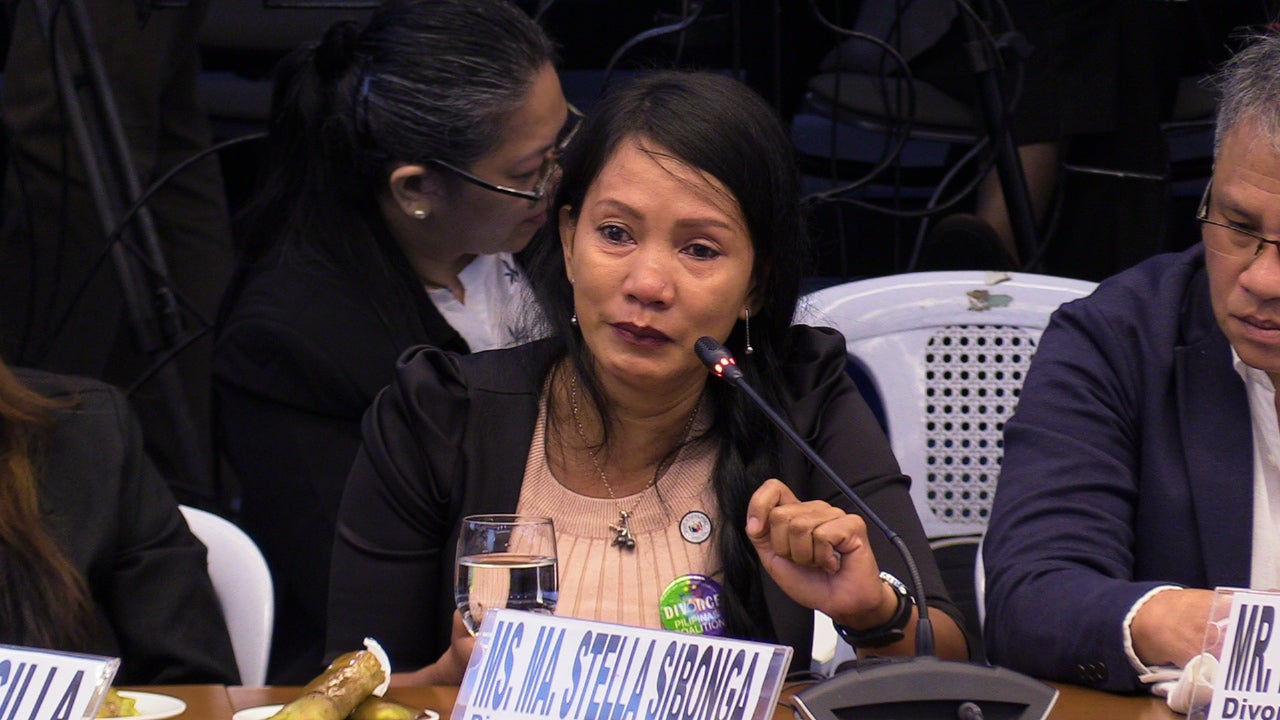 In the same hearing, an emotional Stella recounted her difficult married life with her husband who was forced to marry her when she got pregnant at 18.

She recounted that said her husband became an alcoholic and a bum, always blaming her for their marriage.

There was even a time, she said, where she caught him with another woman.

But Sibonga stayed for their three children.

Sibonga said she filed for an annulment in 2011 and was granted after five years.

A motion for reconsideration, however, has been filed at the Solicitor General’s office. 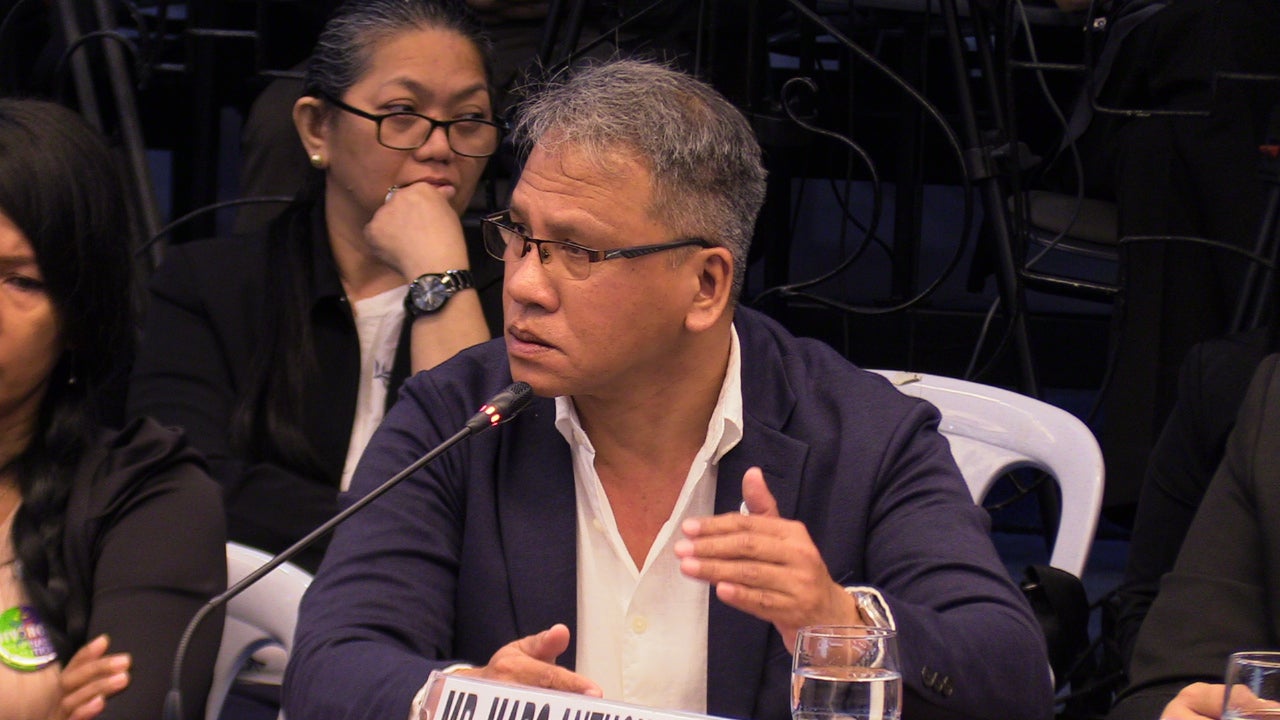 But it seems that women are not always at the receiving end.  Take the case of Marco Anthony Luna, also of the Divorce Coalition of the Philippines.

Luna, a former seaman, recalled during the hearing how his wife suddenly lost interest in him when he returned home in 1994.

“I was devastated,” he told the committee, adding that he had to see a doctor so he could sleep at night.

The couple reconciled until the wife asked in 2009 if she could work abroad.

While at sea in 2011, Luna said he received an email from his wife who said she wanted out of the marriage.

“It’s a bullet point email stating all her reasons why so I can’t do anything because I was in the ship. She only informed me but she did not try to get my side… I was devastated,” he said.

Luna said he immediately called his employer to cancel the 80 percent allotment for his wife.

“Can anyone here know how it feels to work in  the middle of nowhere, give what you have earned to someone who is disrespecting  you? I don’t think none of you ever experienced that. None of you.”

Still, he tried to save their marriage that they ended up living in Baguio City.

But they ended up living in separate rooms.

“I did everything I can to save the marriage,” Luna said.

He said he wanted to file for an annulment but could not afford a P200,000 initial payment and other fees every hearing.

“I later discovered that infidelity, domestic violence and all sorts of these bad things happening in a marriage is a form of injustice. We’re seeking for justice,”  he added. /gsg