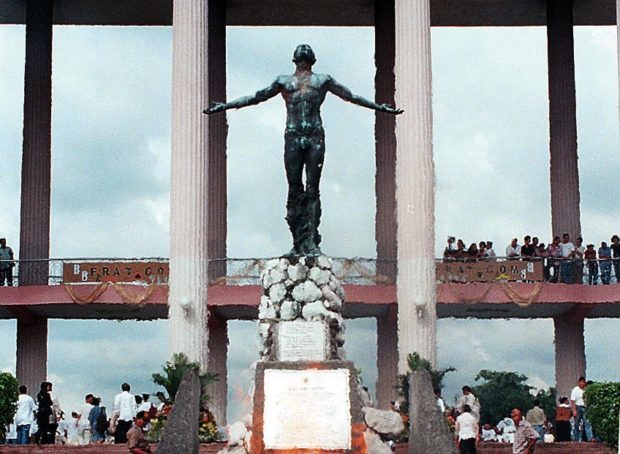 The Oblation in front of Quezon Hall in the University of the Philippines campus in Diliman, Quezon City. (File photo from Philippine Daily Inquirer)

“Earliest is 2nd sem AY after President’s approval. The University Council has endorsed the proposal with revisions,” Amor said in an email interview also Monday.

She said the Departamento ng Filipino at Panitikan ng Pilipinas of the College of Arts and Letters of the university proposed the said subject.

She said that “all degree programs may take this course as a General Education Elective.”

Maria Vanessa Lusung-Oyzon, Director of the UPD General Education Center, said in an email statement that the subject Philippine Studies 21 (PS21) will be an examination of linguistic, literary, and cultural works under martial law in the Philippines.

“For now, the content of the subject is being revised based on the discussions and suggestions during the last meeting of UP Diliman teachers,” Oyzon noted.

The course, she said, “seeks to broaden the intellectual and cultural perspectives” of the students.

She also said that it would “invigorate the deep longing for learning and discovery of knowledge” and “mold the critical and creative thinking” of students.

The course, she added, will likewise “mold the deep appreciation for intellectual and moral integrity” as well as “strengthen nationalism and social justice” consciousness of students.

Former president Ferdinand Marcos declared martial law on September 21, 1972, supposedly in response to the growing communist movement in the country at the time.