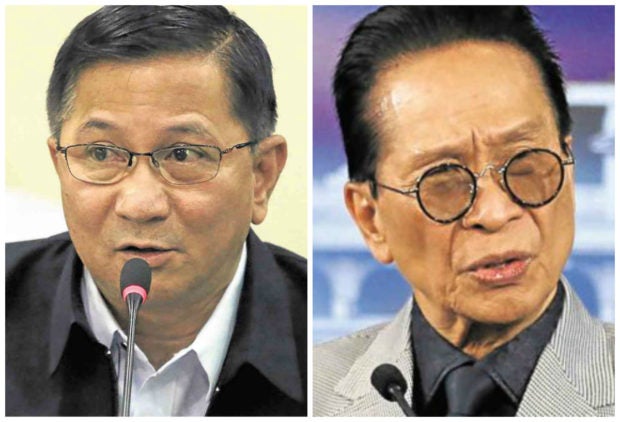 “Has Mr. Aquino submitted a memorandum to the President relative to that? We have to ask him first. If he has, then we will find out what action the President said,” presidential spokesperson Salvador Panelo said in a Palace briefing on Monday.

Aquino, in a radio dzBB interview on Sunday, said he already had a one-on-one talk with President Rodrigo Duterte where he raised the issue.

Aquino said PDEA used to have a satellite office at the New Bilibid Prison but was evicted during the time of former BuCor chief and now Senator Ronald “Bato” dela Rosa.

Their satellite office at the national penitentiary was supposed to be revived under the term of recently fired BuCor boss Nicanor Faeldon, but Aquino said Faeldon’s “bad blood” toward him prevented it.

He also said Faeldon shot down his proposal to require inmates there to undergo drug tests.

According to Panelo, he was not aware of such a meeting between Duterte and Aquino.

“I’ll ask him (Duterte) about it,” Panelo said.

He then said Aquino should write a letter to the President about the issues he raised.

“Ask him (Aquino) if he has submitted a memorandum,” Panelo said.

“There are still reports [of recycling], especially some law enforcement agencies, whenever we seize drugs,” Aquino told the senators. /kga