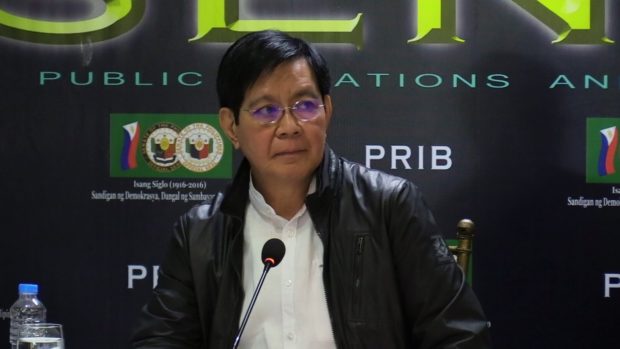 MANILA, Philippines — Senator Panfilo Lacson bared on Sunday that “high-profile” inmates are in control of the New Bilibid Prison (NBP).

According to Lacson, anomalies in the prison have evolved over time where it has become almost “mafia-like” inside.

Lacson said that the situation inside the NBP “has gone so bad na naging helpless na ang gobyerno.”

He added that inmates can hire killers while in prison and 80 percent of illegal drug transactions are happening inside the NBP.

It could be noted that a Bureau of Corrections officer was shot dead by an unidentified armed man amid the controversy surrounding the Good Conduct Time Allowance (GCTA) Law fiasco.

According to BuCor, 1,914 convicted of heinous crimes were released through the GCTA, including four Chinese drug lords and the suspects on the Chiong sisters rape-slay case

A wife of an inmate, however, said in a Senate hearing that a “GCTA for sale scheme” in the NBP exists.

Yolanda Camelon claimed that she had paid P50,000 to secure the release of her common-law partner, but the release date kept being moved back despite payment of the bribe. /je