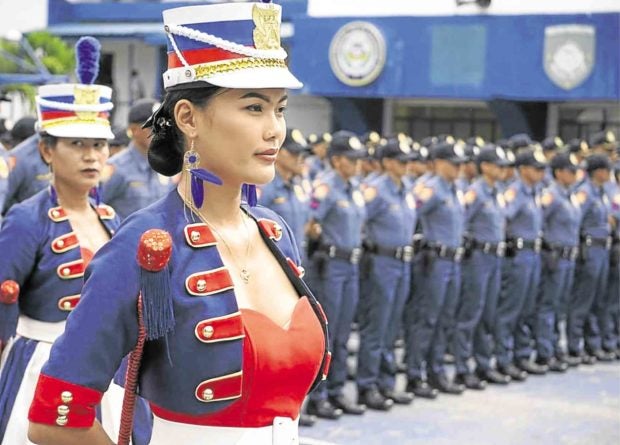 MANILA, Philippines — A fifth-class municipality in the island province of Siquijor on Saturday became the first town in the country to have an all-female police force, the Philippine National Police said.

Maria, a coastal municipality that is fast becoming a popular tourist destination for its white sand beaches and mystical folktales, took the government’s program of women empowerment one step further by setting up a police force entirely composed of female officers.

“This move will strongly advance women empowerment in promoting public safety and security services at all levels of police units and offices in the region,” Police Brig. Gen. Debold Sinas, Central Visayas police director, said in a statement.

On Saturday, the PNP launched “Mariang Pulis” that seemed to be a spinoff of “Mamang Pulis,” which implied a male-dominated police force.

The all-female police station operates with 21 officers, said to be the ideal size for a municipality larger than Maria, which is 53.4 square kilometers, or about 15 percent of Siquijor’s total land area.

The all-female force follows the town’s rich history and its affection for female characters, according to Col. Bernard Banac, PNP spokesperson.

A pre-Spanish settlement, Maria was used to be known as “Kangminya,” after a famous native woman.

The town was eventually renamed “Maria” in honor of Our Lady of Divine Providence, the town’s patron saint. 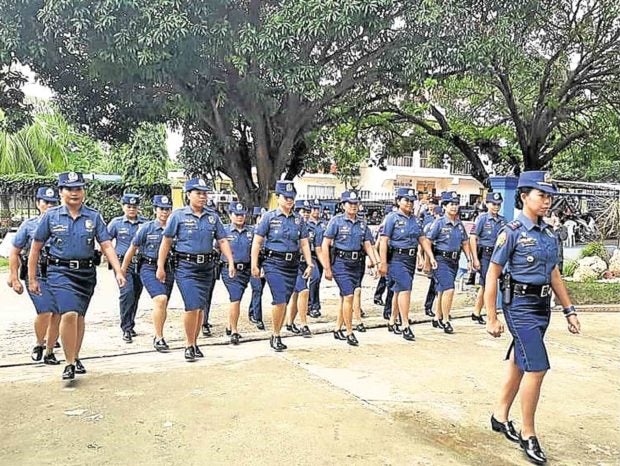 WOMEN EMPOWERMENT Police officers in the fifth-class municipality of Maria in the island province of Siquijor march in formation on Saturday during the launch of the country’s first all-female police station in a push for women empowerment in promoting public safety and security. -PHOTO FROM PRO7PNP FACEBOOK

At the police station’s launching ceremony, Siquijor Gov. Zaldy Villa said the preference for women in the province’s police force, led by its police director, Police Col. Angela Rejano, would prove that it was a peaceful community.

The town’s police station used to have only six female officers in its roster, according to Rejano.

Rejano began selecting policewomen to be assigned to Maria.

“They were trained on driving, shooting, arresting techniques and other police operation and intervention procedures such as checkpoint, automated fingerprint identification system and first aid, among others,” she said.

Representing Sinas at the event, Police Col. Ildebrandi Usana said the “Mariang Pulis” highlighted how women all over the world had proven to be among the most efficient members of any workforce.

“Mariang Pulis, as a show window, will also tell the world that the PNP is a gender-friendly organization,” Usana said.