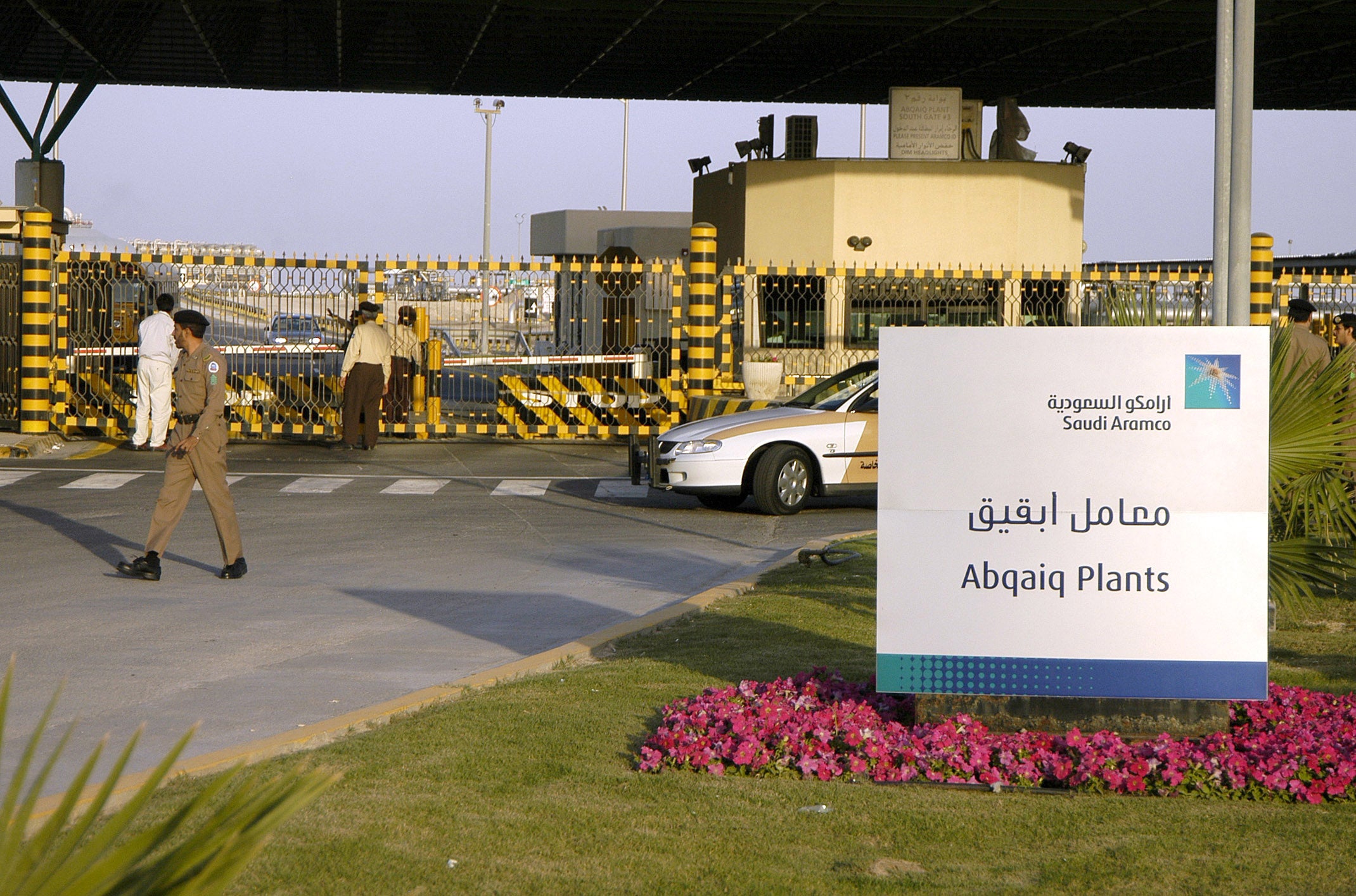 (FILES) In this file photo taken on February 25, 2006 Saudi security guard the entrance of the oil processing plant of the Saudi state oil giant Aramco in Abqaiq in the oil-rich Eastern Province. – Drones struck two Saudi Aramco oil facilities early on September 14, 2019, state media said, citing the interior ministry. “The industrial security teams of Aramco started dealing with fires at two of its facilities in Abqaiq and Khurais as a result of… drones,” the official Saudi Press Agency reported. (Photo by STRINGER / AFP)

“At 4.00 am (0100 GMT) the industrial security teams of Aramco started dealing with fires at two of its facilities in Abqaiq and Khurais as a result of… drones,” the ministry said in a statement carried by the official Saudi Press Agency.

“The two fires have been controlled.”

The statement added that an investigation had been launched after the attack in the kingdom’s Eastern Province but did not specify the source of the drones.

Last month, an attack claimed by Yemen’s Huthi rebels sparked a fire at Aramco’s Shaybah natural gas liquefaction facility but no casualties were reported by the company.

In recent months, the Huthi rebels have carried out a spate of cross-border missile and drone attacks targeting Saudi air bases and other facilities in what it says is retaliation for a Saudi-led air war on rebel-held areas of Yemen.

There was no immediate claim of responsibility from the rebels for Saturday’s attacks.

Tensions in the Gulf have soared since May, with US President Donald Trump calling off air strikes against Iran at the last minute in June after it downed a U.S. drone.

The United States and Saudi Arabia have also blamed Iran for multiple attacks on tankers in the Gulf. /muf