Train services were halted for more than two hours in the nation’s capital region as authorities made safety checks of facilities. Some evening classes were suspended.

There were no immediate reports of damage or injury from the tremor that centered 39 kilometers northeast of Burdeos on Polillo Island at 4:28 p.m.

“This is a moderate-sized earthquake and we don’t expect damage so far based on the intensity reports that we received,” Renato Solidum, director of the nation’s seismology institute, told CNN Philippines.

Though there did not appear to be any destruction the intense shaking at the epicenter rattled locals.

“Everyone rushed out of the buildings. We were terrified,” Rezil Golbin, a civilian employee at the police office on Polillo Island told Agence France-Presse.

In the metropolis, office workers, some wearing hard hats, poured out of buildings and guests moved out of hotels, and several shoppers in a supermarket yelled in panic as the ground shook.

The Philippine Institute of Volcanology and Seismology (Phivolcs) initially placed the magnitude at 5.5.

The quake of tectonic origin had a depth of 62 kilometers. 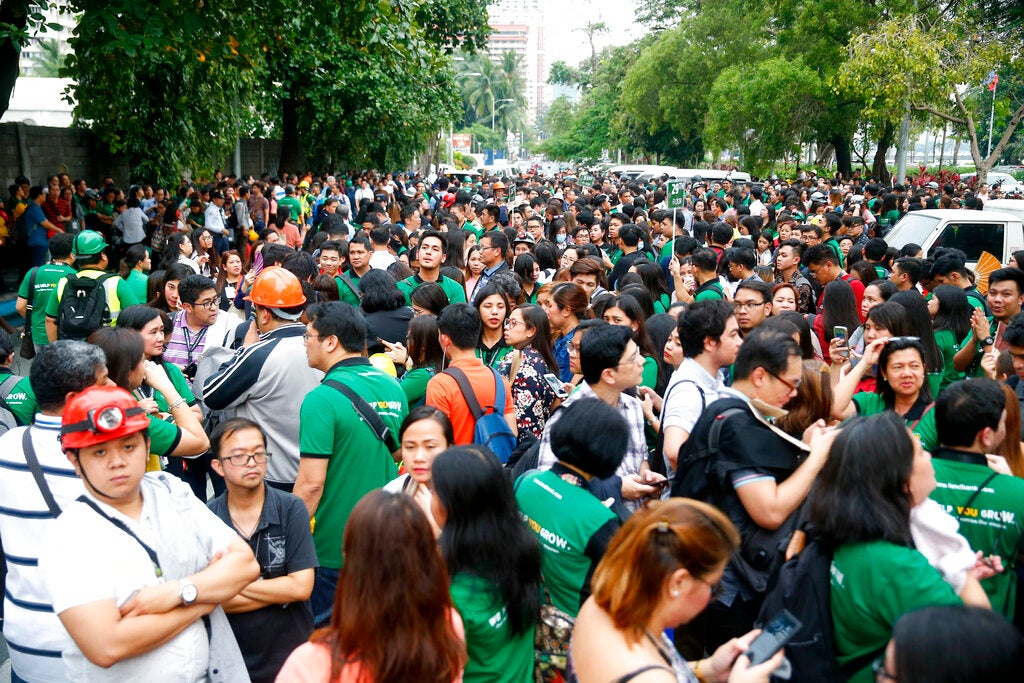 Office employees, some wearing hard hats, gather in the open as they file out of their building following a magnitude 5.3 quake that rocked some areas of Luzon, including in the capital. (AP)

The earthquake was felt in the following areas:

The Philippines is in the Pacific “Ring of Fire”, an arc of intense seismic activity that stretches from quake-prone Japan through Southeast Asia and across the Pacific basin. With reports from AFP, AP /kga/dam