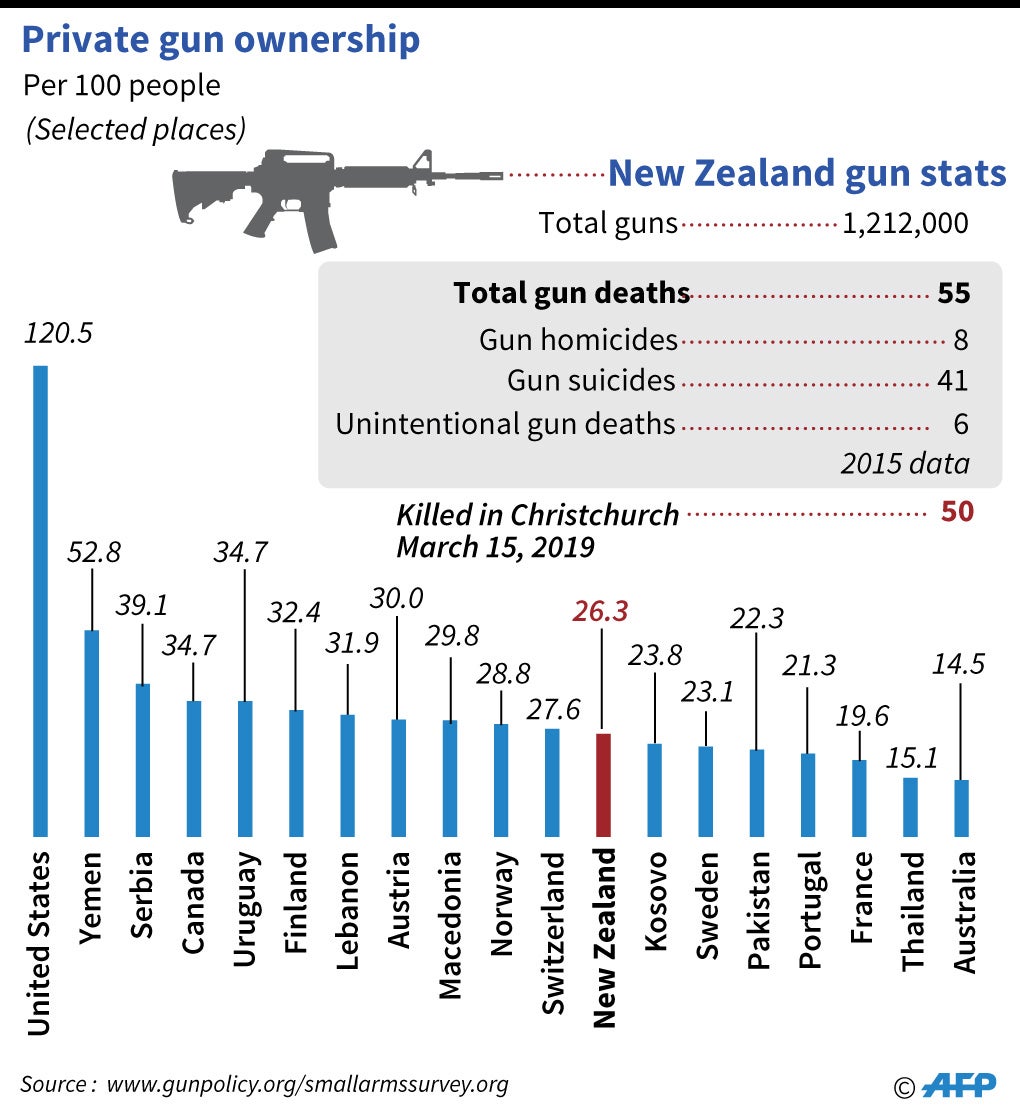 A bill introduced to Parliament on Friday would create a register to track all the guns in the country and require gun owners to renew their gun licenses every five years instead of every 10. It would also place new responsibilities on doctors to notify police if they believe a gun owner shouldn’t have a license due to concerns over the owner’s mental health.

The government hopes lawmakers will approve the legislation by the end of the year.

The proposed measures come after New Zealand in April rushed through legislation to ban assault weapons such as AR-15 style rifles. The government is currently compensating owners of banned semi-automatics.  /muf