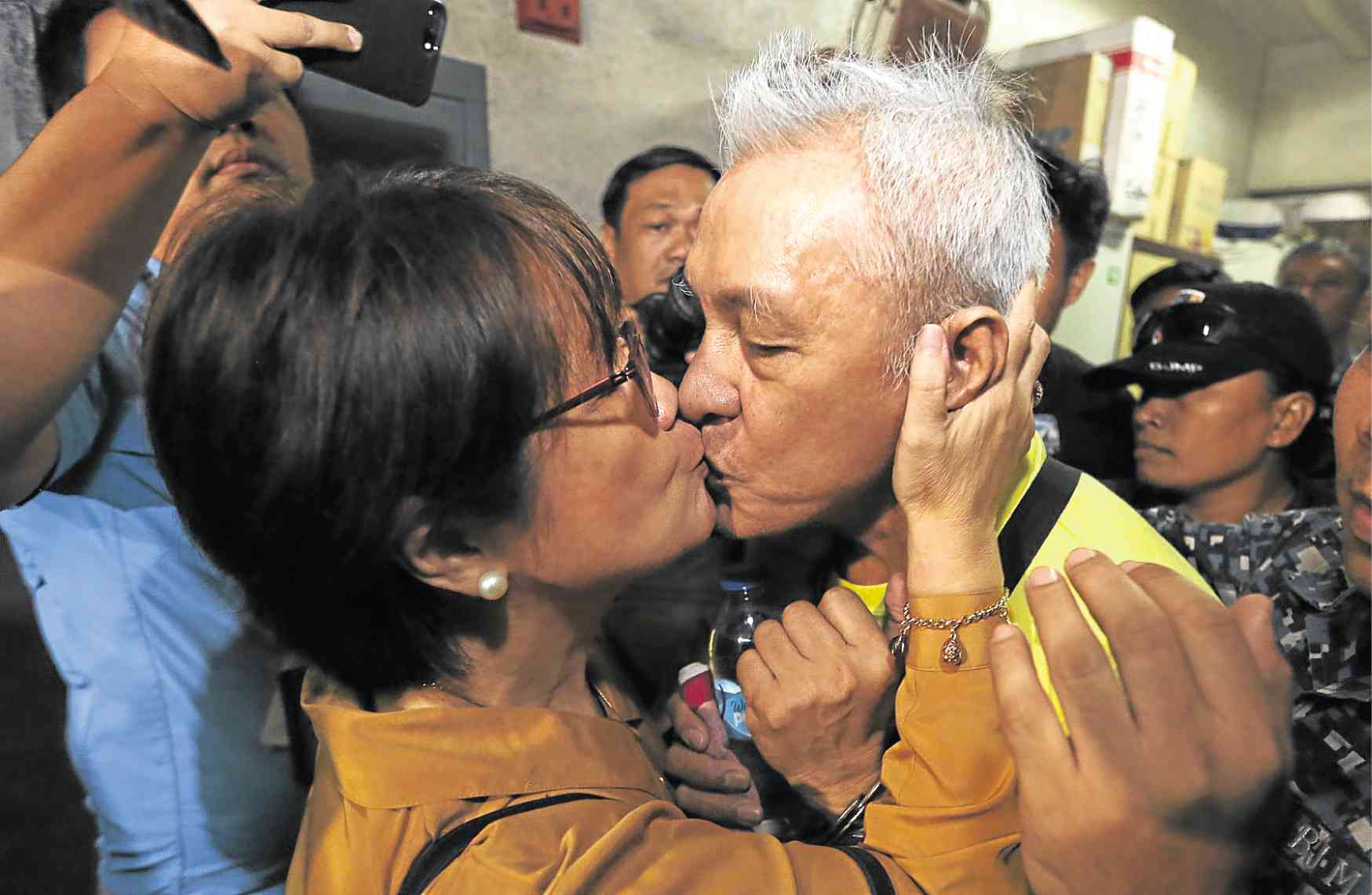 GONE A-COURTING NDF consultant Vicente Ladlad greets his wife, Fides Lim, with a kiss at the Quezon City Regional Trial Court which is hearing the case against him. —NIÑO JESUS ORBETA

MANILA, Philippines–As the trial for the illegal firearms charges against National Democratic Front of the Philippines consultant Vic Ladlad and two others began on Thursday, the defense maintained that the cases were fabricated and irregularities were committed in their arrest.

During the hearing at the Quezon City Regional Trial Court Branch 93, the prosecution presented as its first witness the police officer who prepared the medical report after he examined Ladlad and couple Alberto and Virginia Villamor after their arrest in November.

In his reports, medico-legal officer Chief Insp. Raleigh Herbert Ampuan of the Philippine National Police’s Crime Laboratory certified that “there were no external signs of recent application of any form of trauma” on the accused.

The individual medical reports on Ladlad and the Villamors were all certified at 7:11 a.m. on Nov. 8 and contained only their blood pressure levels, all at 140/90.

Ladlad’s wife, Fides Lim, and defense lawyers from the Public Interest Law Center, however, insisted the three were not subjected to a comprehensive medical check.

Rachel Pastores, one of the defense lawyers, said in an interview that the prosecution merely wanted to prove that the accused were not tortured.

“But during the crossexamination, we noted that there were many irregularities in the procedures of the medical officer,” she added.

One question raised by defense lawyers was why the physical exam was conducted by a police officer.

“There was no medical examination taken. If there was a physical exam, why didn’t the officer note that Virginia Villamor could not even stand up because of a pelvic fracture?” Lim asked.