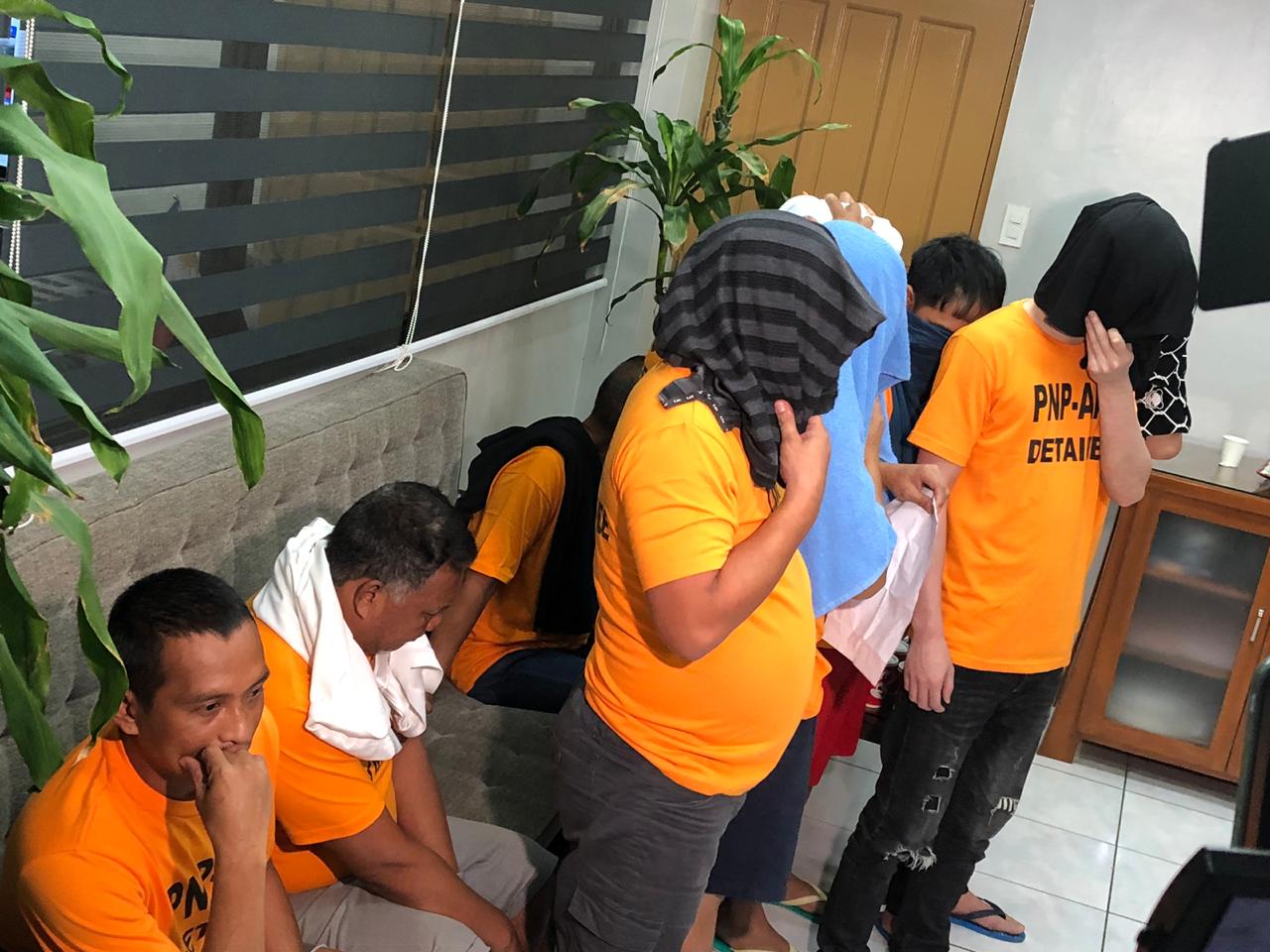 The arrested suspects presented at Camp Crame.Photo by Consuelo Marquez/INQUIRER.net

MANILA, Philippines — A driver and his business partner were allegedly kidnapped by loan sharks in Pasay City after they gambled away in a casino P2 million meant for a business investment.

In a press conference on Wednesday, police identified the victims as Eugenio Santos, 39, and his business partner, Alvin Bangug, 45.

According to police, Santos then decided to gamble with the P2 million in a casino to raise the balance of P300,000. However, Santos lost all the money in the casino, police said.

When Santos said he lost the money in gambling, the suspects forcibly dragged him inside a Toyota Innova with plate number WA 3577.

The suspects then snatched Bangug and detained both victims inside a room in a Pasay City casino.

Santos said the suspects even threatened to kill their families if they try to escape.

Police said the suspects then ordered Santos to ask P1.8 million from his wife in exchange for their release.

Santos however could not raise the amount and instead offered to give suspects land titles for properties worth P8 million.

Santos then called his wife to prepare the documents but his wife instead sought the help of the Philippine National Police-Anti-Kidnapping Group (PNP-AKG).

On Sept. 6, Operatives of the anti-kidnapping unit went to the casino and arrested Parolina, Castillo, Aragon and Bagro while Bangug and Santos were rescued.

In a follow-up operation, police nabbed Reyes and Culala in a gasoline station in Parañaque City.

Seized by police was a Glock 23 cal. 40 pistol with a magazine. Police said the license for the gun was already expired.

When the suspects were presented in Camp Crame, they denied kidnapping Santos and Bangug.

The arrested suspects were taken to the PNP-AKG office in Camp Crame for detention while complaints for kidnapping for ransom and illegal detention and illegal possession of firearms are being readied against them.  /muf