TORONTO  — Canadian Prime Minister Justin Trudeau will kick off the official start of his re-election campaign Wednesday in what is expected to be a tight race. 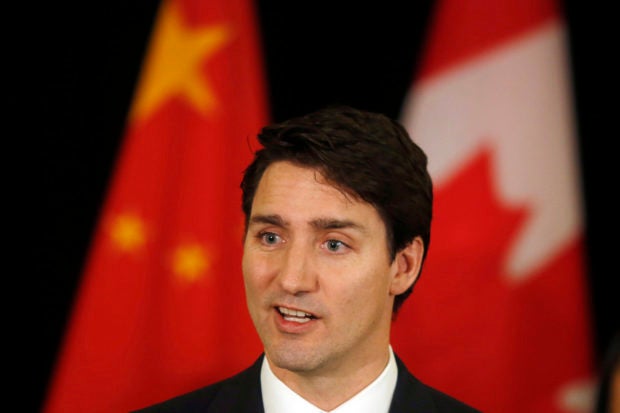 The prime minister’s office said Tuesday that Trudeau will seek the dissolution of Parliament during a visit with the governor general Wednesday morning ahead of parliamentary elections to be held Oct. 21.

Tall and trim, Trudeau channeled the star power of his father when he won in 2015. But the son of late Prime Minister Pierre Trudeau could be in trouble. Polls say the opposition Conservative party with its untested leader, Andrew Scheer, is close to Trudeau’s Liberals.

Not since 1935 has a government that won a majority of seats in Parliament in its first term lost power in the next election in Canada.

Trudeau has been viewed as a beacon of hope by liberals in the Trump era. Canada has been a strong defender of human rights but has felt isolated with Trump in the White House, an emerging authoritarian China and emboldened China and Saudi Arabia. If Trudeau were to lose power it would be a significant hit to internationalism, Bremmer said.

“Here is a guy who is unapologetically strongly pro-human rights internationally, strongly pro-refugee — more refugees in Canada now than the United States in the last year,” he said.

“He’s strongly in favor of free trade so there are very few leaders, certainly in the advanced industrial democracies, that have that kind of unapologetic, pro-internationalist, pro-humanist set of values and governing record,” Bremmer added.

Trudeau finds himself vulnerable following one of the biggest scandals in Canadian political history, which arose when his former attorney general said he improperly pressured her to halt the criminal prosecution of a company in Quebec. Trudeau has said he was standing up for jobs.

The scandal rocked the government and led to multiple resignations earlier this year, causing a drop in poll ratings for Trudeau.

Trudeau’s father swept to power in 1968 on a wave of support dubbed “Trudeaumania” but just four years later narrowly avoided losing the 1972 election. But Pierre Trudeau ended up leading Canada for almost 16 years, becoming a storied name in Canadian history, responsible for the country’s version of the bill of rights.

Justin Trudeau has legalized cannabis nationwide, put a price on carbon and bought a proposed pipeline expansion project that get Canada’s oil to international markets. Canada has the third-largest oil reserves in the world and Trudeau has tried to strike a balance on the environment and the economy.

“You have a lot of people that reflect different backgrounds in Canada. You have urban professionals excited about Canadian growth and new tech jobs, then you got to a whole bunch of people in the former rust belt and in the energy patch in Alberta and they feel very differently about Trudeau,” Bremmer said.

“Could any one leader bring that kind of divergence together in an environment where social media drive people further and further apart?”

Trudeau will need to win 170 of the 338 seats in the House of Commons in Parliament to win a majority.  A minority government is very possible. In that scenario Trudeau or Sheer, the Conservative leader, would have to rely on at least one opposition party to pass legislation. /gsg