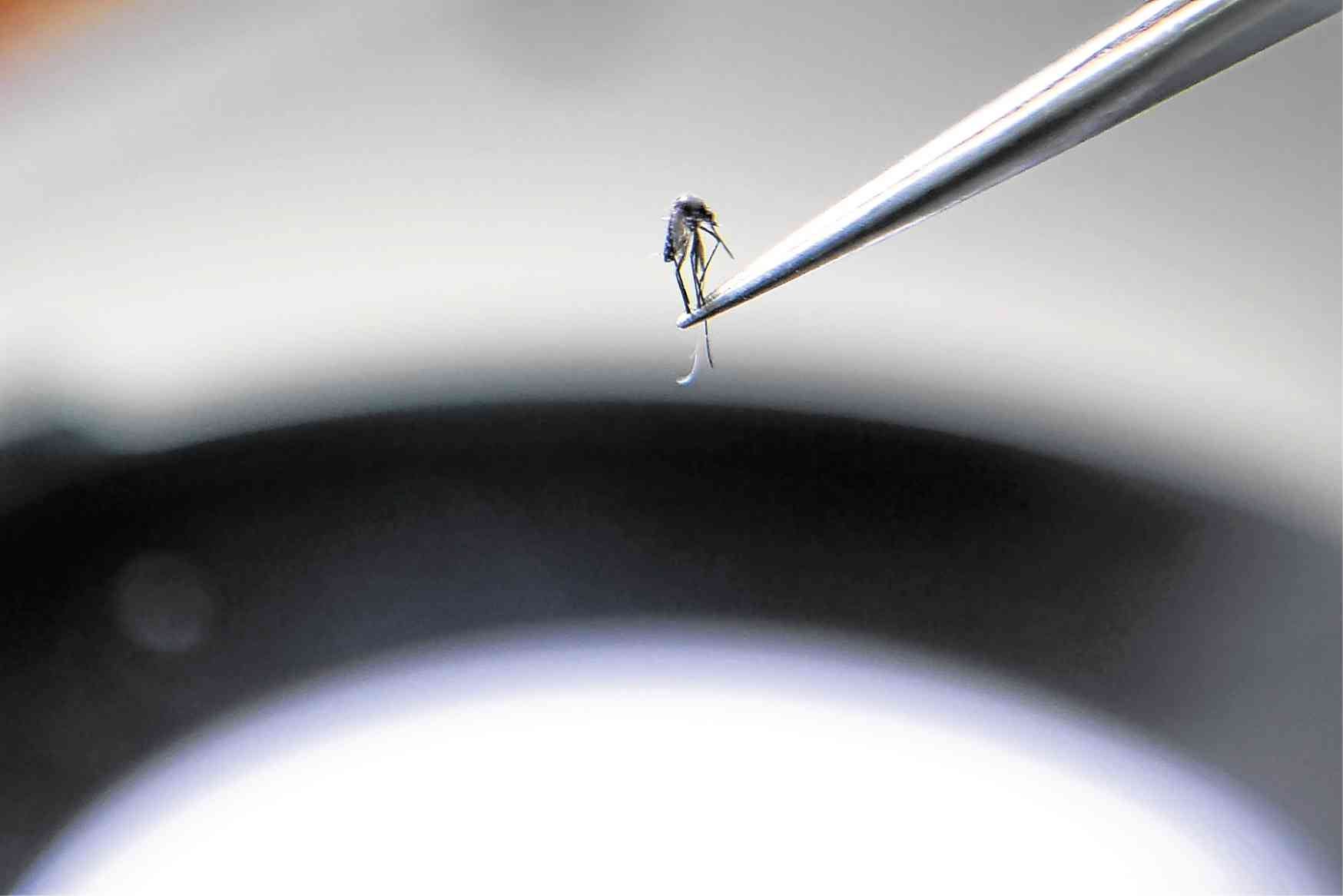 TINY BUT DEADLY A tweezer holds a mosquito at the Pasteur Institute in the southern Vietnamese city of Nha Trang where research is under way to find a natural method to stop the tiny but deadly insect from spreading the virus, which has caused a surge in dengue cases in Southeast Asia this year. —AFP

MANILA, Philippines — Much is still to be desired from the efforts of local governments to stop the dengue epidemic as the number of cases has risen to nearly 250,000 nationwide with more than 1,000 dead, over a third them children.

Health Undersecretary Rolando Enrique Domingo appealed to local officials on Tuesday to do “a little more” to prevent the spread of the mosquito-borne disease, especially after the total cases breached 240,000, the higher of the year-end estimates of the Department of Health (DOH).

“What we need is [for the effort] to go down to the barangay level. It also needs to be done daily. We understand that sometimes it may be tiring but the threat of dengue is continuous. We ask for a little more effort because as we can see there are still a lot of cases,” Domingo told reporters.

The DOH recommends insecticide fogging in areas where a rise in the number of cases has been recorded for two consecutive weeks.

Domingo reminded the public that one of the most effective ways to control the spread of the disease is by ensuring cleanliness in communities so that the Aedes aegypti mosquito, which carries the dengue virus, would not be able to breed.

The DOH’s Epidemiology Bureau (DOH-EB) reported that as of Aug. 24, there were already 249,332 dengue cases across the country, or a 109-percent increase from last year. It said 1,021 people had died.

DOH data show that the eight-month total dengue cases this year is the highest recorded since 2012. In the last seven years, full-year cases ranged from a little more than 113,000 to more than 220,000.

Domingo said this meant that the epidemic wasn’t under control yet and that more cases were to be expected given that the mosquito-borne disease peaks during the “ber” months.

“If a community is aggressive and active [in fighting dengue], it’s control of the spread of the disease is more efficient,” he said.

Children aged 5 to 9 accounted for nearly a quarter of all reported cases and 39 percent of all recorded deaths.

The Philippines has the highest dengue case fatality rate in Southeast Asia of 0.4 percent.

According to Domingo, parents should suspect dengue if their child has fever accompanied by headache, pain behind the eyes or muscle and joint pain for at least two days.

He said the health department had not received any report that there was a shortage of supplies, including blood and intravenous fluid, due to the epidemic.

To avoid overcrowding, patients should be assessed at designated hydration areas in clinics and hospitals to determine whether they should be confined. Only those with severe dengue are to be hospitalized, Domingo said.