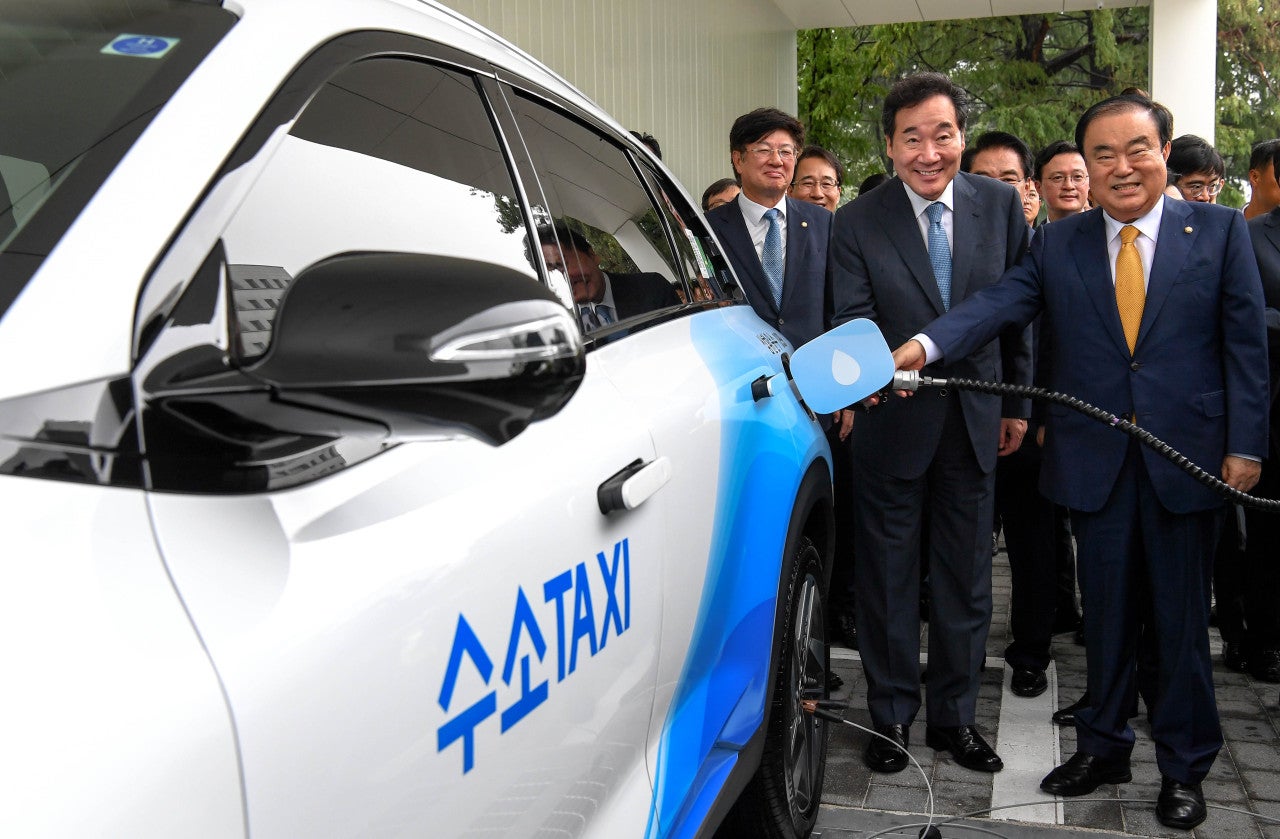 SEOUL — The first hydrogen-refilling station in the world built in the complex of the National Assembly opened Tuesday, marking a step forward in the nation’s vision of creating a hydrogen economy.

It is the first commercial hydrogen facility built in central Seoul, as well as the first case of the regulatory sandbox that lifted administrative hurdles to promote the use of hydrogen as traffic fuel, Hyundai Motor said in a statement.

The H2 station was built by the South Korean carmaker, dubbed a leader in hydrogen technology, in only seven months, a relatively short construction period for a facility that stores and distributes hydrogen, which still faces public concerns over the danger of the fuel.

HyNet — a special purpose company in which Hyundai Motor is the second-largest shareholder — will be in charge of operating the station by May 2021, when benefits under the regulatory sandbox expire.

The hydrogen station will operate from 8 a.m. to 10 p.m. daily. It is capable of refilling hydrogen gas for more than 70 vehicles a day, or five vehicles per hour. The station will charge 8,800 won for 1 kilogram of hydrogen.

Politicians have touted the H2 station as a project that benefitted from political unity in nurturing future technologies.

Taking the station as an example of safe and convenient use of hydrogen, not only Hyundai but also the parliament and the government plan to raise public awareness on the alternative energy source.

Seoul Metropolitan City also plans to build 11 hydrogen station within the capital city by 2022 and to provide more than 3,000 units of fuel cell electric vehicles by the same year.

Along with the opening of the hydrogen station, Korea has also started operating commercial taxis powered by hydrogen.

Ten hydrogen taxis licensed by two local taxi operators have started taking passengers in Seoul. Operation of the hydrogen taxis is subsidized through the Industry Ministry’s budget for hydrogen research and development projects, the government said, adding that it would test the overall performance and durability of FCEV taxis by 2022.

Each hydrogen taxi, painted in sky blue, has an air purification function capable of cleaning the air inhaled by 70 people for every hour it operates.

For its hydrogen drive, the government has allocated 93.8 billion won ($79 million) in budget for next year, a 77 percent increase from this year.

As of August, Hyundai Motor has sold more than 9,600 units of its latest FCEV Nexo, with some 2,800 vehicles delivered to customers.