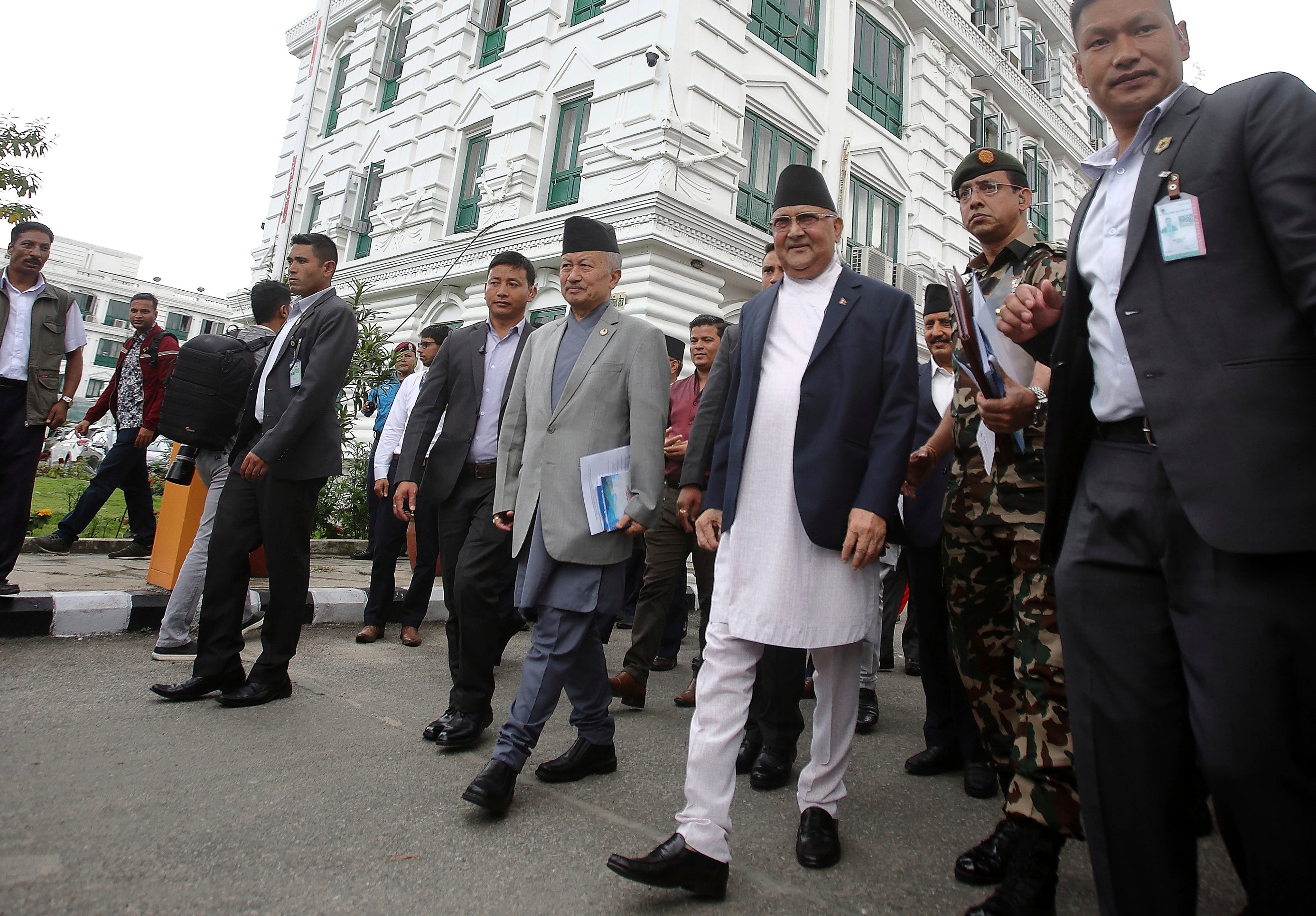 Indian Prime Minister Narendra Modi and his Nepalese counterpart, Khadga Prasad Oli, hit the switch simultaneously from their offices in New Delhi and Kathmandu to open the 69-kilometer (43-mile) pipeline, which will bring gasoline, diesel fuel and kerosene across the border to Nepal.

The two leaders hailed the pipeline as another step in the friendship between the two nations.

“This is the first cross border petroleum pipeline in South Asia, which has also been completed in a record time,” Modi said, adding that it was finished in almost half the expected time.

Modi said with this pipeline, 2 million metric tons of clean petroleum products will be available to the people of Nepal at very affordable rates.

Oli announced Tuesday that the government would reduce the price of gasoline and diesel by 2 rupees (2.3 cents).

“It will not only save time, reduce cost, lessen road traffic and reduce air pollution in transporting petroleum products from India to Nepal, but will also open avenues in Nepal for expanding similar pipelines across the country,” Oli said.

Tanker trucks have been used to transport the oil products from storage facilities in India to Nepal through crowded border points. The trucks are believed to be one of the main reasons for clogging up the already narrow border check points between Nepal and India.

Disturbances in the border area have in the past led to disruptions of the supply.

People were forced to travel on bus roofs and cut down trees to cook food, and schools were forced to shut. It was also at the time when Nepal was just recovering from a devastating earthquake that damaged an estimated 1 million structures and people were trying to rebuild their homes.

The protest and the closure of the border by the Madhesi ethnic group also put a strain on relations between Nepal and India, which supported the ethnic group. The protests fizzled out after a few months, but it took years for the two countries to mend their ties.

Modi and Oli have made efforts to strengthen ties between the two countries. Oli invited Modi to visit Nepal during Tuesday’s ceremony, and Modi accepted.

“This will without any doubt enhance interconnectedness and interdependence between our two countries,” Oli said. “It is one of the best examples of connectivity in terms of trade and transit and infrastructure.”  /muf