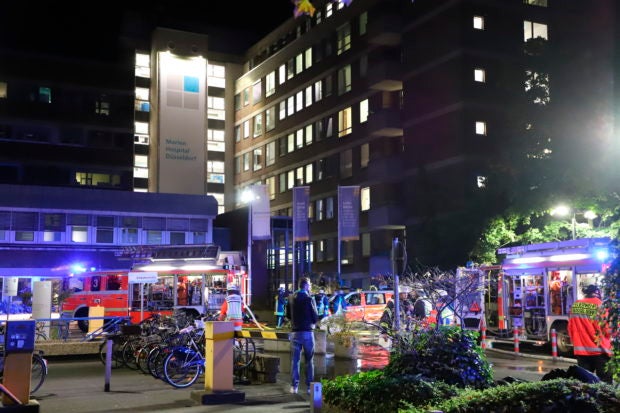 Firefighters stay in front of the ‘Marien Hospital’ (St. Mary’s Hospital) in Duesseldorf, Germany, Tuesday, Sept. 10, 2019. Officials say one person has died and 19 more have been injured in a fire at a hospital in the western German city of Duesseldorf. (Sascha Rixkens/dpa via AP)

BERLIN — Officials said one person has died and 19 more have been injured in a fire at a hospital in the western German city of Duesseldorf.

The cause of the fire is being investigated. /kga