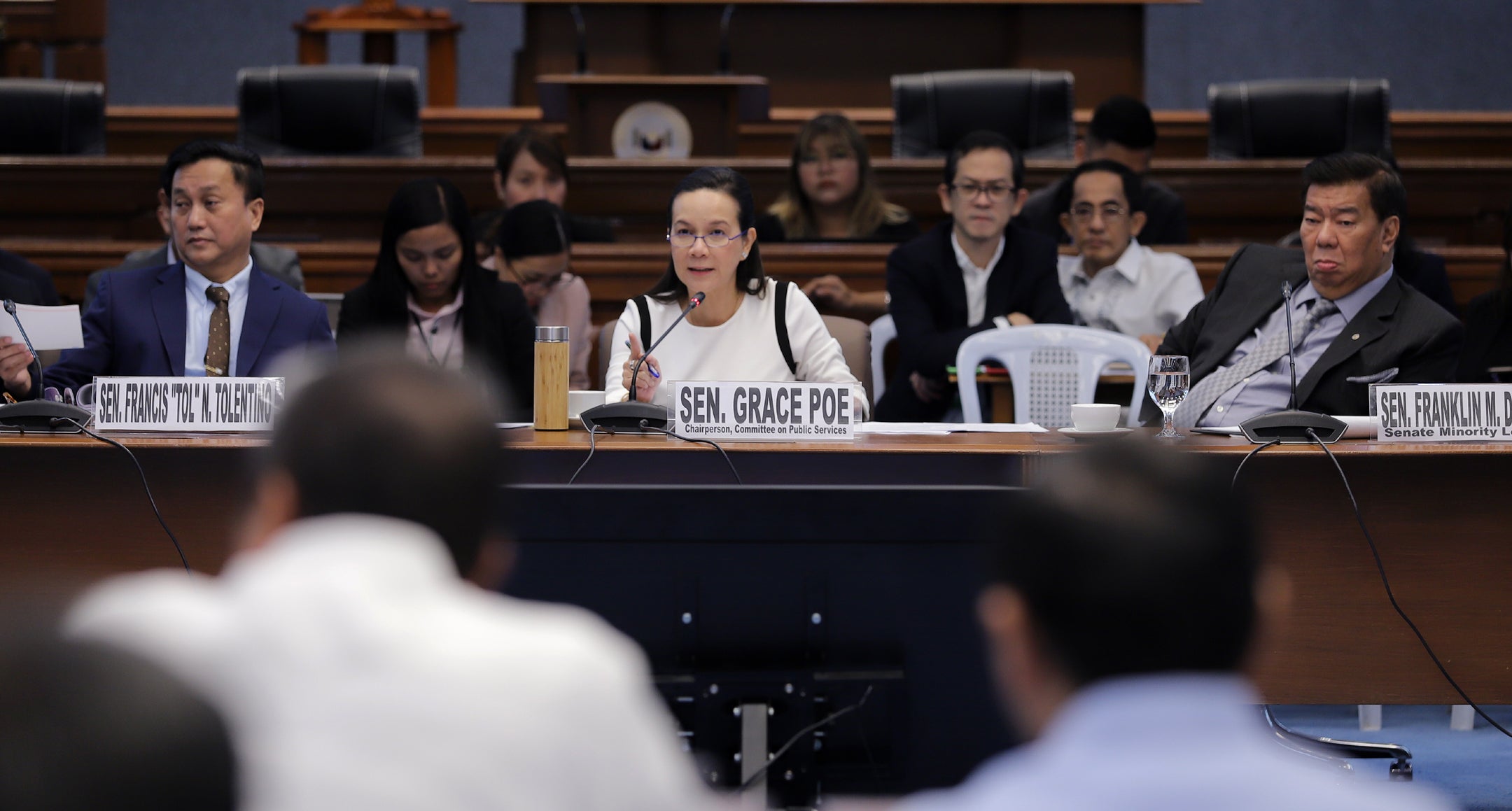 MANILA, Philippines — The country’s traffic problems have remained unresolved not because of the absence of the proposed emergency powers but because of the lack of a transport master plan, Senator Grace Poe said Tuesday.

Poe insisted that existing laws are already sufficient to address the problems on procurement and right of way acquisition.

“Under these existing laws, a lot could have been done with or without emergency powers,” she said before terminating the hearing of the Senate committee on public services.

Aside from traffic, the committee chaired by Poe also tackled the implementation of the provincial bus ban, and the proposed emergency powers.

‘It’s not the lack of powers but the lack of a master plan,” she said. “We have an approved Dream Plan but it’s unclear if our transport agencies have adopted it for implementation.”

“It’s not the lack of powers but the lack of a more proactive stand. We need firmer actions from the executive who can very well function if they want to,” Poe further said.

The senator stressed the need for a transportation system master plan, which she said identifies short, medium, and long term projects “with sufficient funding and achievable deadlines.”

Transport Engineer Rene Santiago, who was part of the Japan International Cooperation Agency (Jica) team that formulated the “Dream Plan” in 2014, expressed readiness to make the presentation before the committee.

In 2015, Santiago said, the Dream Plan was adopted by the National Economic Development Authority.

But still responding to Recto’s queries, the engineer admitted that not all sections in the masterplan were being followed.

“Some of the 11 or 13 bridges plans were not part of the plan,” Santiago said.

Drilon pursued Recto’s line of questioning asking if the said masterplan has been submitted to the Department of Transportation.

Transportation Secretary Arthur Tugade confirmed that the agency had received all the studies and masterplan submitted by Jica two to three years ago.

Read Next
Palace welcomes conviction of Joanna Demafelis’ employer in Syria
EDITORS' PICK
Digital hunt for Hyun Bin: 5 challenges for Smartees
Motostrada expands by handing over ‘Trident’ and adding new ‘Horseman’ to its growing business
House panel set to meet for possible decision on ABS-CBN franchise bid
No arrests to be made on 1st day of allowed pillion riding for couples — HPG
Water remains our saving grace right now
WHO: Indoor airborne spread of coronavirus possible
MOST READ
‘I will always speak up for you’: Server on defending Fil-Am family from racist rant
‘Nouveau’: Agot Isidro hits Jinkee Pacquaio’s show of luxury Hermes, Louis Vuitton bikes
Solon withdraws support for ABS-CBN franchise renewal
Ping Lacson: Duterte has no power to say who are terrorists
Don't miss out on the latest news and information.