Florida-bound evacuees from Bahamas asked to get off ferry 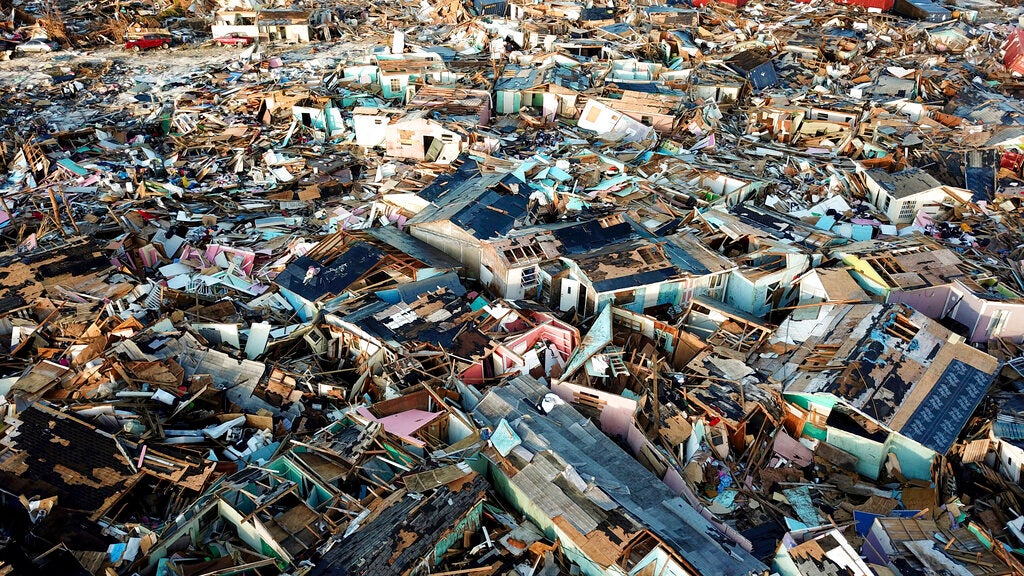 MIAMI — More than 100 Bahamians who hoped to evacuate to Florida after Hurricane Dorian but didn’t have visas were kicked off a ferry because operators failed to coordinate the mission with authorities, officials said Monday.

U.S. Customs and Border Protection said in a statement that the agency requested for the company to coordinate with U.S. and Bahamian governments to arrange prescreening of passengers before departing Freeport but it failed to do so. Footage from WSVN-TV shows the Balearia Caribbean ship traveling to Fort Lauderdale on Sunday with a loudspeaker message saying passengers who didn’t have a U.S. visa needed to disembark.

Bahamians need a visa to travel to the U.S. unless they are prescreened by U.S. customs officers at one of the two main Bahamian airports. The U.S. agency also can arrange special prescreening for passengers departing from ports. However, U.S. Sen. Marco Rubio says Balearia Caribbean decided to depart Sunday instead of waiting for the prescreening.

Rubio and Florida’s other U.S. senator, Rick Scott, have asked President Donald Trump’s administration to waive visa requirements altogether for Bahamian storm victims with relatives in the U.S., but Trump indicated Monday that he wants to keep stringent vetting in place in part because of “people going to the Bahamas that weren’t supposed to be there.”

The Spanish ferry company apologized Monday to the 119 passengers who could not be taken to Fort Lauderdale. In the footage, passengers could be seen walking along the aisles — some carrying young children — to leave the ferry after they had already boarded the ship.

“The shipping company later received indications that in order to travel to the U.S., the passengers would need pre-clearance authorization in person at the immigration offices in Nassau,” Boix said in an email.

A day before the port incident, hundreds of Bahamians had arrived to Florida on a cruise ship that Bahamas Paradise Cruise Line had offered at no cost. CBP says 857 Bahamians were properly screened and arrived to the Port of Palm Beach “without incident.”

The company said in a statement Monday that the operators spent nearly a full day going through the vetting process with U.S. officials on the ground in Freeport. About one-fifth of the passengers had to show a police report along with a birth certificate, the company said.

Florida state Rep. Shevrin Jones, of Bahamian ancestry, had asked Rubio and Scott for help asking the Trump administration to waive visa requirements. Jones said what happened at the boat was a “misunderstanding” between ferry administrators and U.S. agencies but said the government needs to make the process easier on families fleeing the devastated islands.

“I hope that they look at this as a humanitarian issue,” Jones said. “This needs to happen now. The longer we wait, the more lives will be lost.”

Trump gave no indication Monday that he is considering lifting requirements for Bahamians. Trump said vetting should continue for those traveling to the U.S. and said people from the affected islands could instead be taken to other Bahamian regions not hit by Dorian.

“We have to be very careful. Everybody needs totally proper documentation,” Trump said before he flew to North Carolina to inspect hurricane damage and speak at a political rally. “I don’t want to allow people that weren’t supposed to be in the Bahamas to come into the United States, including some very bad people and some very bad gang members and some very, very bad drug dealers.”