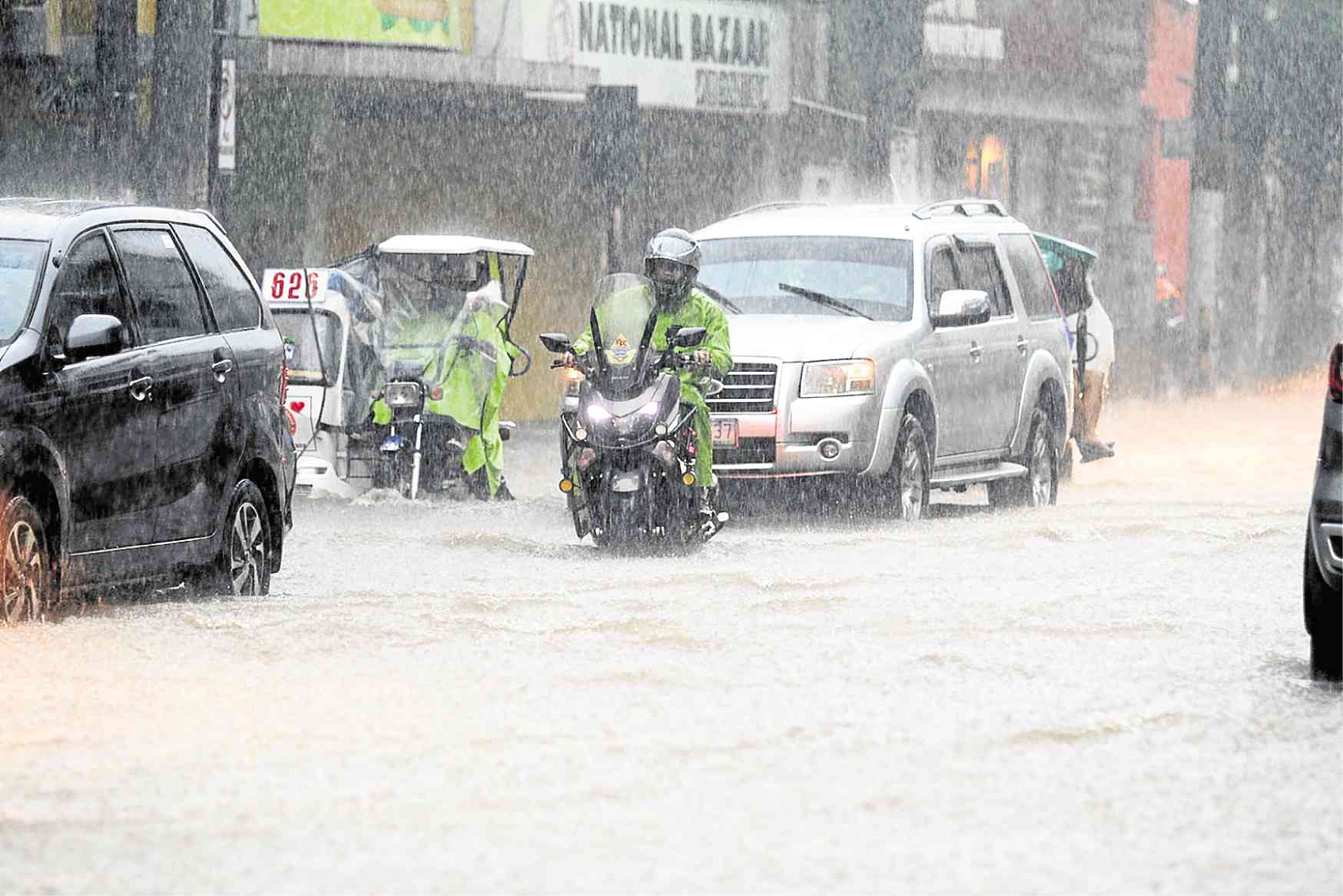 At least 132 people from eight villages in San Fernando City in La Union province were evacuated after heavy and continuous rain enhanced by the southwest monsoon, or “habagat,” spawned floods in the area and other low-lying villages, local disaster response officials said.

The evacuees belong to 36 families who are temporarily staying in barangay halls and school buildings, said Reiden Vizcarra, staff member of the city disaster risk reduction and management council. Vizcarra said the city social welfare and development office had been giving food aid to the affected families.

Other flooded areas were the villages of Tanqui, Sevilla, Parian, San Franciso, Barangay I, Pagdaraoan, Cabaroan and Biday.

But Dagang said the city’s drainage system could not handle the large volume of floodwater. “The floodwater took a while to recede because the rains were continuous for three consecutive days,” he said.

Local officials in 11 La Union towns suspended classes on Monday due to the continuous downpour.

As of 9 a.m. on Monday, five national roads in the Ilocos region were either damaged or flooded and remained impassable due to the heavy downpour, according to the regional office of the Department of Public Works and Highways.

In Pangasinan, Gov. Amado Espino III on Monday canceled afternoon classes and government work in the province due to threats of flash flood.

In Pampanga and Zambales provinces, classes were also suspended on Monday at all levels in both public and private schools. 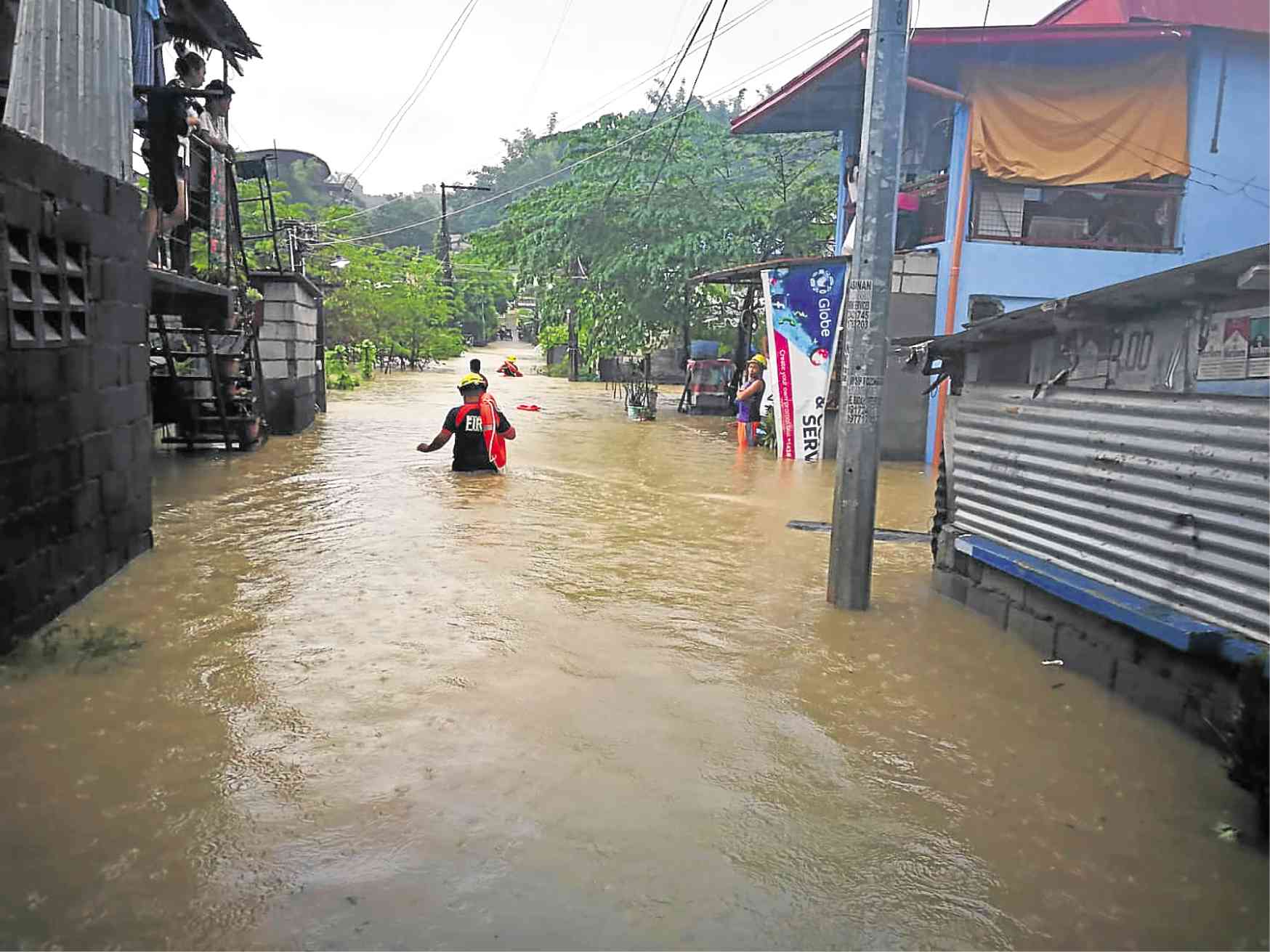 From 8 a.m. on Saturday to 8 a.m. on Sunday, the southwest monsoon dumped 92.4 millimeters of rain in Benguet, according to the Cordillera Regional Disaster Risk Reduction and Management Council.

According to the Philippine Atmospheric, Geophysical and Astronomical Services Administration (Pagasa), scattered rainshowers were expected in parts of northern and central Luzon on Monday due to the southwest monsoon.