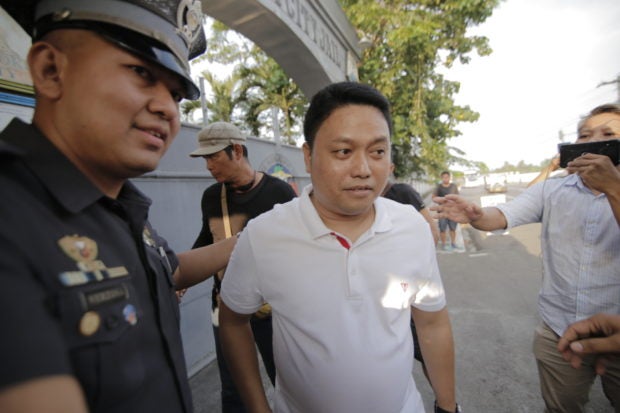 Baldo, who is facing double murder and six counts of frustrated murder, submitted to the court last week P8.72 million worth of surety bond composed of land titles in his name after his petition for bail was granted by court.

Baldo’s release papers should have been signed last week but Loquillano was on vacation leave at the time.

Justin Batocabe, son of the slain solon, in a phone interview, said he and his lawyers did not receive any information about the signing of Baldo’s release papers.

“If this is true, this is shocking and a sad day for the family,” Batocabe said.

In December 22 last year, his father Rodel and his security aide were killed while leaving a Christmas event in Daraga.

The older Batocabe was running against Baldo, who was seeking reelection, in the recently concluded May polls.

The younger Batocabe said he was surprised that their Motion for Reconsideration (MR) filed Sept. 3 opposing the petition for granting bail to Baldo was immediately denied.

He said as a practice, seeking an MR should be evaluated and reviewed fully as the adversed party would be asked to comment and explain their side.

“To our surprise, after she (Loquillano) returned following a vacation, our motion for reconsideration was rejected outright,” he said.

Loquillano, in her 14-page decision on Aug. 27, ruled granting Baldo’s petition for bail after she found that the evidence presented “is not enough to convince the Court that evidence of accused guilt was strong enough as to deny his motion to bail.”

But the judge clarified in her ruling that what the court was resolving pertains only to Baldo’s petition to post bail.

“This is but a preliminary matter and should not be considered by anyone as conclusive, or as a bar, that would prevent the court from making a final assessment of the evidence of the parties after a full-blown trial,” she added./lzb