The problem of PUA Academy

(Editor’s note: This is a serialized report; first of two parts. INQUIRER.net has reached out to PUA Academy coaches for comment but the latter were unresponsive. Real names of the women have been withheld for their protection.) 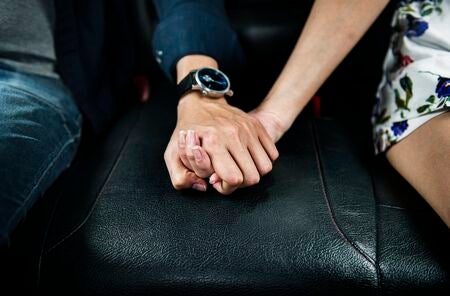 An enclave of men who call themselves pick-up artists are making waves online — and not for the rosiest of reasons — as their ostensibly harmless business model has since been revealed as more insidious than being a mere provider of “personality development services.”

Pick-Up Artist (PUA) Academy, what was first thought of as just a Facebook page when it was slammed earlier last year for its practices, turns out to be a legitimate business which has so far complied with Department of Trade and Industry requirements. But PUA Academy has since gained notoriety when women surfaced online, claiming they were targeted and sexually harassed by PUA members and coaches.

The first storm of backlash hit the group when it was called out for exhibiting sexism, lewdness and objectification of women in their degrading posts. Members took to their PUA Facebook group where they share their “lay reports” — evidence and bragging rights of their sexual conquests — by posting nude pictures and videos of girls they sleep with, reportedly without these girls’ consent, accompanied by overly-descriptive stories of their physical interaction and sexual encounters. 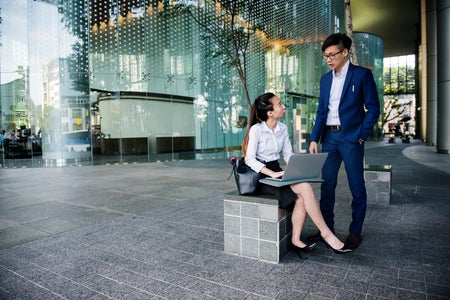 PUA Academy appears to take after Neil Strauss’ book, “The Game: Penetrating the Secret Society of Pickup Artists”, whose concept treats modern dating as a “game” to be played and won, using various gaming terms such as “field” (public space), “set” (a group of people), “AA” (approach anxiety), “field report,” among many others, to get to their “Target” (the women they intend to seduce).

The Philippine Commission on Women denounced the acts of PUA Academy on April 2018, calling the group “[what] seems to be a breeding ground for male sexual harassers and predators” that “makes money from promoting misogyny, objectification of women, and victim-blaming and shaming.” The PCW also reiterated its opposition against toxic masculinity that “normalizes rape culture and violence against women and girls.”

Rape culture is the dangerous culture that protects and enables those who should not be protected while shaming and scorning those who are vulnerable. Rape culture can be found anywhere, manifested in print and various media, music, the language we use, and the laws governing us, as per Harvard University’s Office of Sexual Assault Prevention & Response. It reduces the woman to something that is not “fully human,” evident in some terms used for sex, such as “banging,” “scoring,” “screwing” and “hit that,” among others. In PUA’s lexicon, women they intend to seduce are referred to as “targets,” and they call as “game” the actual performance of going into the “field” to look for said “targets.”

In one video shared by Youth Against Sexual Harassment (YASH) back in April, PUA Academy founder Hussein “Smooth” Meneses was found telling an audience of men that when girls say “no,” they actually mean they want to be “forced.” 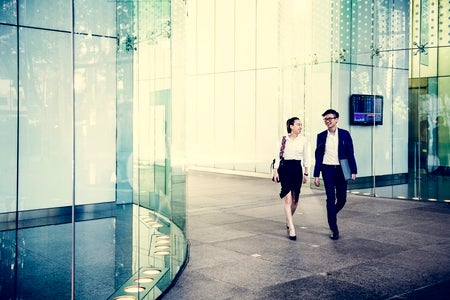 (When she says, ‘don’t touch me,’ that depends. There are girls who play hard to get, they want dominant guys, so the guilt would be on the man, not on her… That is why they like being forced).

Hussein’s reasoning was criticized by women activists who pointed out that when it comes to consent, there should be no gray areas. Critics explained that no means no; never maybe, never yes. Silence, they also said, does not signify approval or acquiescence.

The initial backlash PUA faced came from the very victims they tried to play. *Patricia, who dated former PUA coach Philip Caldito, first took to Facebook in April last year to expose the group’s nature — an act that saw her harassed and violently threatened by PUA members online to the point of silence.

Meanwhile, another girl who was involved with another former PUA coach Immanuel Llorente received harassment from Llorente after speaking up about their relationship and the many betrayals that came with it. Today, these women are striking back as they find power in their capacity for sharing stories — in the hopes that other victims would follow suit. 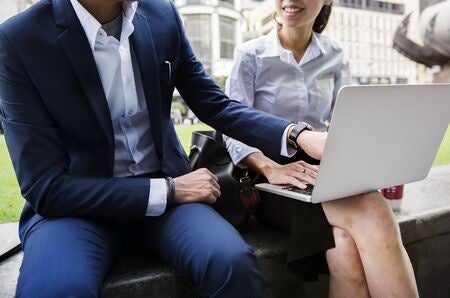 She searched Caldito’s name on Facebook after their breakup, which rendered results of his involvement with PUA Academy. It was in her research where she discovered the lewd posts — videos, photos and comments — of its members. She collated them before posting her findings on Facebook.

(I never stopped researching and checking their Facebook page, but I have seen so many where they harass women. They approach women in malls and bars [in the videos] and they ask for the women’s names and numbers).

(So I shared one of their videos showing them “gaming.” Game is when they ask for the girls’ name and number; they try if what they are doing is still effective).

It was her initial Facebook post about the matter that saw her harassed and threatened by PUA members, and drove her to taking her post down, but not until her post already went viral.

(When my post went viral, Philip called me and threatened me saying, “If I die, it would be your fault,” because a lot of people got angry at them due to my Facebook rant).

In the messages, Patricia can be seen begging him to stop and leave her alone, but to no avail. Patricia revealed that when her post went viral, other PUA members threatened her that they would be spreading her nude picture as well. How this can be so did not check out for Patricia, as only Philip had access to her picture.

(Only Philip knows about that nude picture because I only sent it to him. They used that for threats.)

As Patricia’s story made the rounds, more women who have been victimized by PUA members stepped forward. 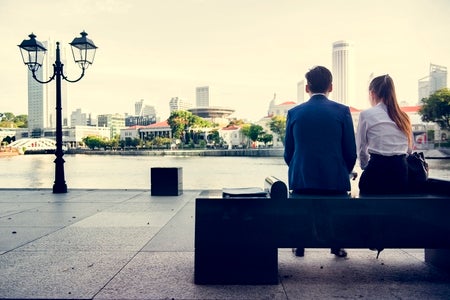 Other women’s involvement with PUA Academy echoes Patricia’s. There is the case of a woman whose story took a more deceptive turn — her boyfriend was not the person he made her out to believe.

For one, he uses four names: Kelt Yu, King Yu and Liam Cook. His real name is Immanuel Mojal Llorente.

A female source told INQUIRER.net that she met Llorente online. She and Llorente seemed to hit it off, but she was unaware that the lines he was using on her were part of a script which PUA members call “openers.” Soon, she and Llorente were already together.

The first red flag became evident when it was discovered that he was lying about his name. Llorente reasoned that he was a life coach and needed screen names in his profession. Only later was it found out that he is a dating coach from PUA Academy, “very far from the description of a life coach.”

Llorente explained that he teaches guys how to date women. His explanation was accepted, since the girl was in love and trusted him. The relationship ended after he was caught cheating and having sex with other girls. He apparently has a lot of “sets,” the term PUA members use for their other girlfriends, whom they find from bars, malls, dating apps and so on. 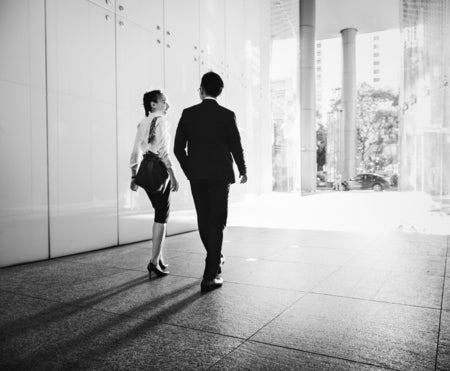 It was discovered that Llorente had nude pictures of his sets while they are having sex. He has also sex scandals. Llorente’s actions has also placed the girls’ health in jeopardy, since he was having sex with countless of them.

Just like Caldito with Patricia, Llorente tried to blackmail the girl by threatening her that he would ruin her reputation. Nevertheless, she did her best to move on from such a toxic and abusive relationship, and felt hurt that Llorente had gotten away with what he has done to her and other women. 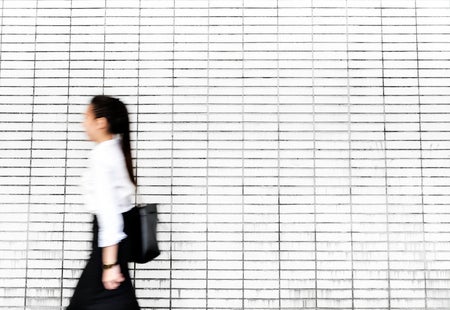 Thus far, the PUA Academy Facebook page boasts of 31,000 likes — a number alarmingly high when considered for the backwards culture it institutionalizes and the kind of damaging, humiliating content and atmosphere it harbors toward women.

But while PUA members would like to call the nature of their collective as some sort of “art,” others would argue that it is anything but. When it comes to the act of posting nude pictures and videos on social media alone, such violates the prohibited acts of The Anti-Photo and Video Voyeurism Act of 2009 (R.A. No. 9995), as per a 2015 advisory of the Department of Justice’s Office of Cybercrime. This still holds even when consent was given to record or take photos. Consent is irrelevant and the offender can be held liable if the photo or video coverage or recording is published through the internet.

Meanwhile, threatening to spread someone’s nude pictures and videos constitute sextortion. “Sextortion,” which is under the crime of grave threats, is committed when the offender obtains nude pictures or videos from victims and threatens to publish the material — if no payment in the form of money, sex and other favors — is made. It is punishable under the Revised Penal Code.

Sextortion in cyberspace, meanwhile, is punishable under The Cybercrime Prevention Act of 2012 (R.A. No. 10175) whose penalty is considered a degree higher to that imposed by the RPC, if committed by and through the use of information and communication technologies.

As to any possiblity of a revocation of PUA Academy’s business registration, on grounds of immorality or any other concern, no formal petition has been lodged by any complainant before the DTI. Without a petition, as per DTI, it cannot proceed to take measures that may lead to the revocation and stop PUA Academy’s operations once and for all. JB