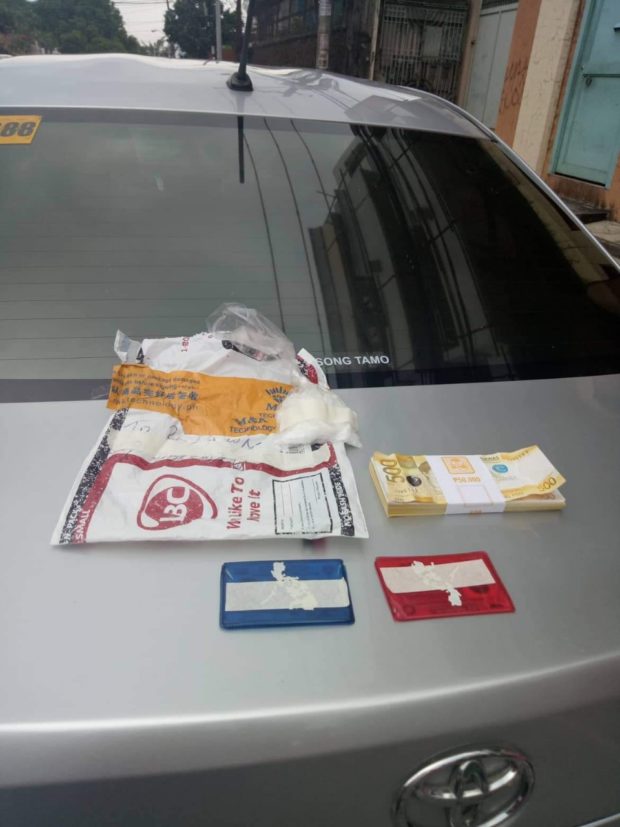 This photo shows the seized illegal drugs and other items from Ali Salim, an Angkas rider, and Alsamer Yusop in a buy-bust operation in Quezon City on Sunday, September 8, 2019. A PDEA official said the two have been under surveillance for almost three weeks. (Photo from PDEA)

MANILA, Philippines — Two suspected drug pushers, including a transport network vehicle service (TNVS) rider, have been caught in possession of illegal drugs in a buy-bust operation in Quezon City.

“The suspects were placed under surveillance for almost three weeks,” Alcovindas said in a statement.

Authorities seized from the suspects a plastic bag containing around 50 grams of shabu or crystalized meth, estimated to be worth P340,000.

PDEA said the suspects will face charges for violating Section 5, Article II of Republic Act No. 9165 or the Comprehensive Dangerous Drugs Act of 2002, as well as resisting arrest and direct assault for the two allegedly fought with arresting officers to evade being captured.

Salim and Yusop were held at PDEA’s detention facility. /kga