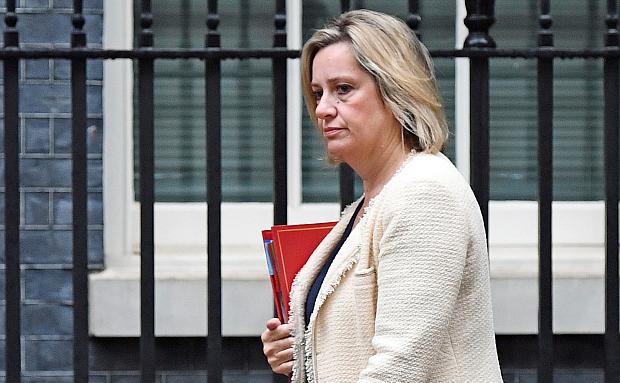 This photo, taken Sept. 4, 2019, shows Work and Pensions Secretary Amber Rudd in London. On Saturday, Sept. 7, 2019, Rudd said she has resigned from Prime Minister Boris Johnson’s Cabinet because “I cannot stand by as good, loyal moderate Conservatives are expelled.” (Photo by VICTORIA JONES / PA via AP)

LONDON — A senior minister who quit British Prime Minister Boris Johnson’s Cabinet says the government is making little or no effort to secure a Brexit agreement with the European Union, despite Johnson’s insistence that he wants a deal.

Amber Rudd says: “There is no evidence of a deal. There are no formal negotiations taking place.”

Rudd stepped down as work and pensions secretary late Saturday, in the latest blow to the embattled British prime minister.

Johnson says Britain must leave the EU as scheduled Oct. 31 even if there is no divorce agreement with the bloc. But his plan is meeting fierce resistance, including from some members of his own party.

Treasury chief Sajid Javid insisted on Sunday that the government was “straining every sinew to get a deal.”