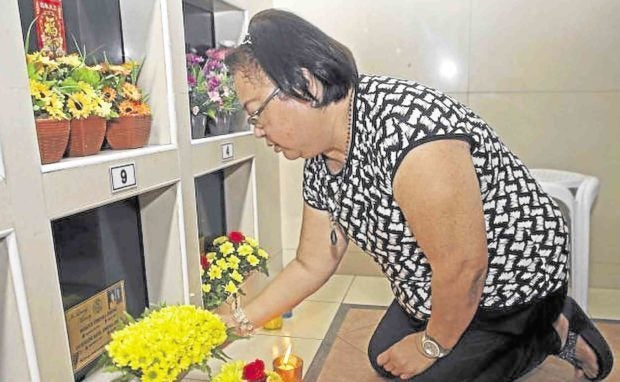 Thelma Chiong, mother of rape-murder victims Marijoy, 20, and Jacqueline, 22, said the release of three of the seven men convicted in their killing was both painful and unjust.  (Photo from the Cebu Daily News)

MANILA, Philippines — Two men convicted for the abduction, rape and killing of siblings Marijoy and Jacqueline Chiong in Cebu in 1997 have surrendered to authorities, the Department of Justice (DOJ) said Saturday.

“Two PDLs [persons deprived of liberty] in the Chiong case have surrendered,” Justice Secretary Menardo Guevarra said in a message to reporters.

Guevarra said Josman Aznar, the third man convicted in the Chiong sisters rape-slay case, is expected to surrender next week.

Thelma Chiong, mother of the victims, told dzMM radio that she was happy over this development.

“Good news talaga yan. I am very happy na sumuko na sila [This is really good news. I am happy that they have surrendered.],” she said.

The three were among the 1,914 heinous crime convicts who walked out from prison through the Good Conduct Time Allowance law that shaves time off prison terms for good behavior.