Army’s wounded men promoted to next higher rank for bravery 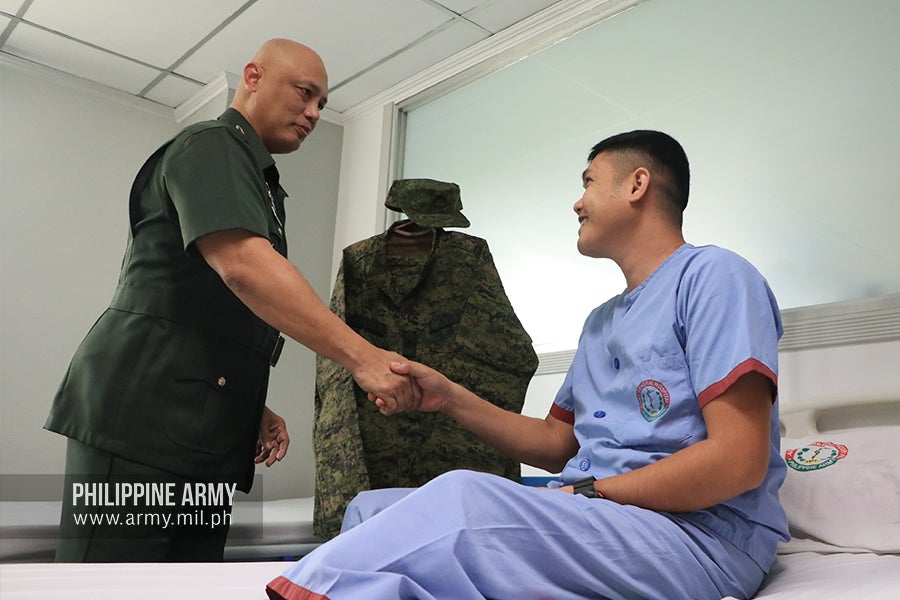 MANILA, Philippines — Four soldiers who were severely wounded in battle were promoted to the next higher rank by the Philippine Army in recognition of their bravery and selfless service.

Saguig, Quezada and Allutang lost one of their legs in battle and are currently undergoing physical therapy to prepare themselves for a high-end prosthetic implant to replace their missing body part.

Sampulna, who has been paralyzed when a bullet hit his spinal cord, is also undergoing treatments to improve his lower body movement.

“Our soldiers’ lives are always at risk and the command wants to give importance to the bravery of these men not just by providing them medical assistance. These ranks serve as a recognition to their sacrifices in protecting the people and securing the land,” Army spokesperson Lt. Col. Ramon P. Zagala said.