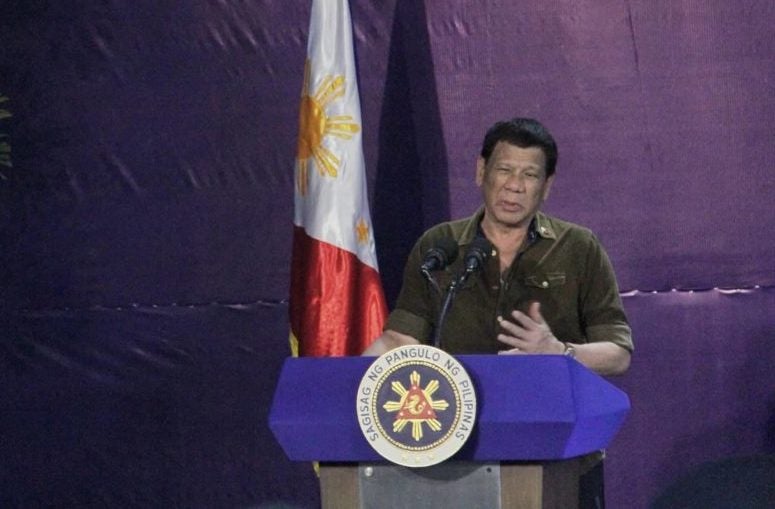 President Rodrigo Duterte delivers a speech during the launching of the housing project for landslide victims in Naga City, Cebu on Sept. 6, 2019. |CDND Photo/Gerard Vincent Francisco

NAGA CITY, Cebu —  Despite having sacked Nicanor Faeldon as Bureau of Corrections (BuCor) chief over the questionable release of convicts through the Good Conduct Time Allowance (GCTA) law, President Rodrigo Duterte still vouched for his integrity.

“Si Faeldon, tarong na nga tawo (Faeldon is an upright man). I still believe in him,” the President said in a speech at the launching of the housing project for landslide victims in Naga City, Cebu this afternoon, Friday, September 6, 2019.

Thelma Chiong and husband, Dionisio, the parents of the 1997 rape-slay victims Marijoy and Jacqueline Chiong, were at the crowd when the President made the pronouncement.

The couple went to the venue of the groundbreaking to supposedly thank the President for his order to the 1,914 heinous crime convicts who were freed through the GCTA law to surrender.

In an interview prior to the President’s speech, Mrs. Chiong said she hoped that President Duterte will no longer appoint Faeldon in another position in government following the GCTA controvers

Three of the 7 convicts in the Chiong sisters’ rape-slay case — Josman Aznar, Ariel Balansag and Alberto Cano – have been freed through the GCTA. /elb