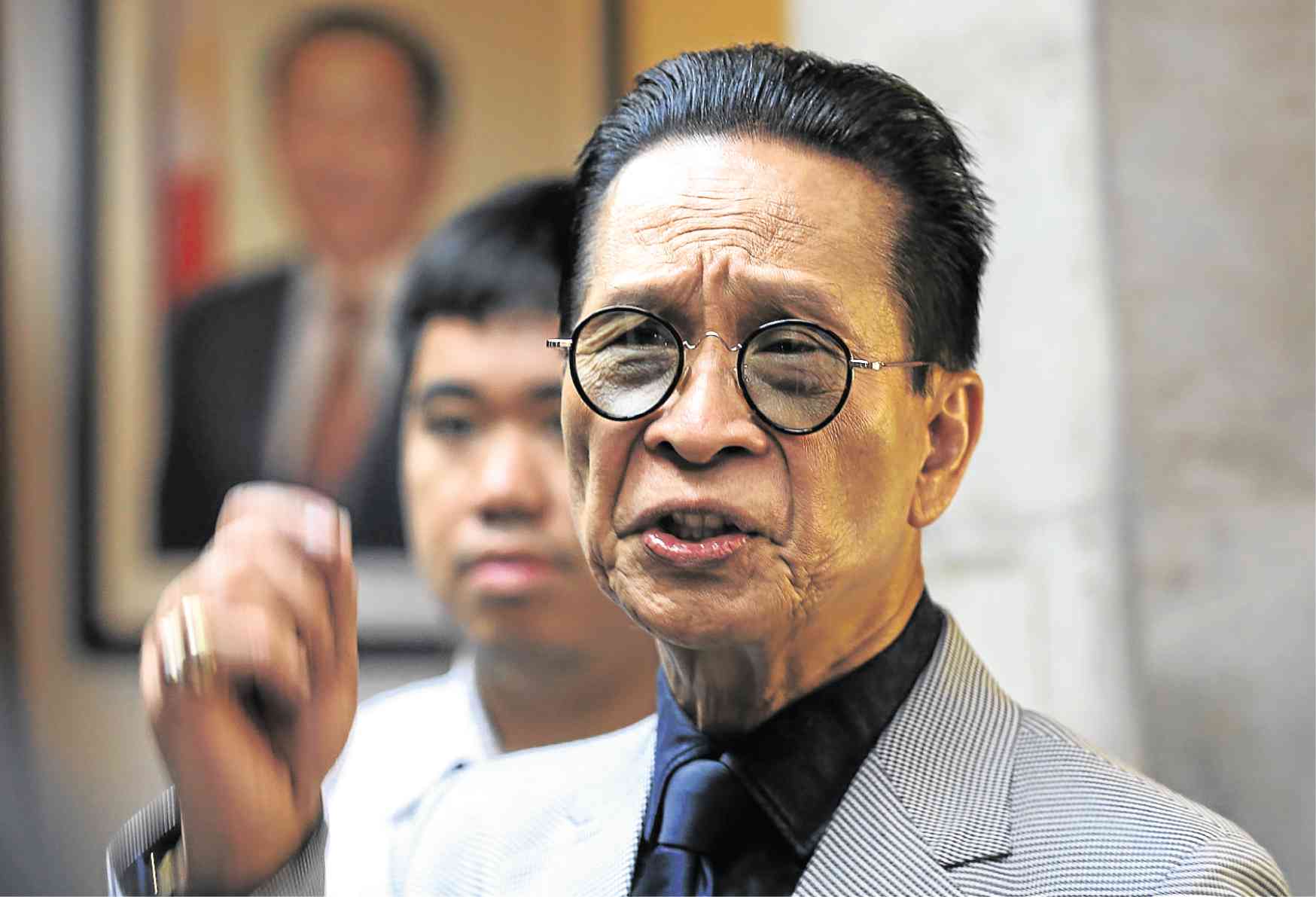 “The apology of Inquirer.net therefore as worded is unacceptable. It is not sufficient for us not to pursue our intended libel suit against them,” Panelo said in a statement Friday.

INQUIRER.net issued a public apology to Panelo for a social media post on Tuesday saying the Palace official had recommended that Sanchez be granted clemency.

“INQUIRER.net apologizes for reporting on its social media platform that Secretary Salvador Panelo wrote a letter to BPP (Board of Pardons and Parole) executive director Reynaldo Bayang recommending executive clemency for ex-Calauan Mayor Antonio Sanchez. INQUIRER.net posted Secretary Panelo’s clarification upon receipt of his statement on the matter,” it said in a statement.

INQUIRER.net posted a public apology three days after Panelo threatened to file libel complaints against the news site and Rappler, which the Palace official also accused of tarnishing his reputation, if they failed to issue a public apology.

Panelo noted that the apology came with an explanation that the news website “posted Secretary Panelo’s clarification upon receipt of his statement on the matter. The updated reports stated that he merely referred the request of Sanchez’s family to Bayang.”

The Palace official said he finds it “unfortunate that INQUIRER.net first needed a “clarification” before it could rectify and update its reports.

“Truth be told, I did not clarify anything for there was no need for the same, it being very clear that what I made was a simple referral of a citizen’s concern to the appropriate agency. It was not a recommendation. Neither was it an endorsement,” he said.

Panelo insisted that “INQUIRER.net knew what the said act is and what the word “referral meant” but it “maliciously twisted their meaning” to put him in a bad light.

The Palace official is hoping that INQUIRER.net and Rappler’s case would serve as a warning to all journalists, editors, and publications that they should “ensure that the words they use in reporting are accurate pursuant to their duty to deliver news that is only truthful and unbiased.”

The National Union of Journalists of the Philippines (NUJP) had said that Panelo’s threat to sue the two online news agencies showed how libel is being “used as weapons wielded by the powerful to exact revenge and to punish than a legal remedy for justice.”

Panelo was among Sanchez’s lawyers in the 1993 rape and murder of the University of the Philippines Los Baños student Eileen Sarmenta, and the murder of her friend, Allan Gomez

At the second Senate hearing on the Good Conduct Time Allowance (GCTA) law, Board of Pardons and Parole chief Reynaldo Bayang revealed that Panelo wrote to him on February 26 this year, referring a letter written by Sanchez’s daughter, Marie Antonelvie, regarding the pardon application of her father.

In December 2018, the BPP dismissed Sanchez’s petition for executive clemency. It upheld the dismissal of Sanchez’s appeal in a decision dated February 27, a day after Panelo wrote to the bureau.