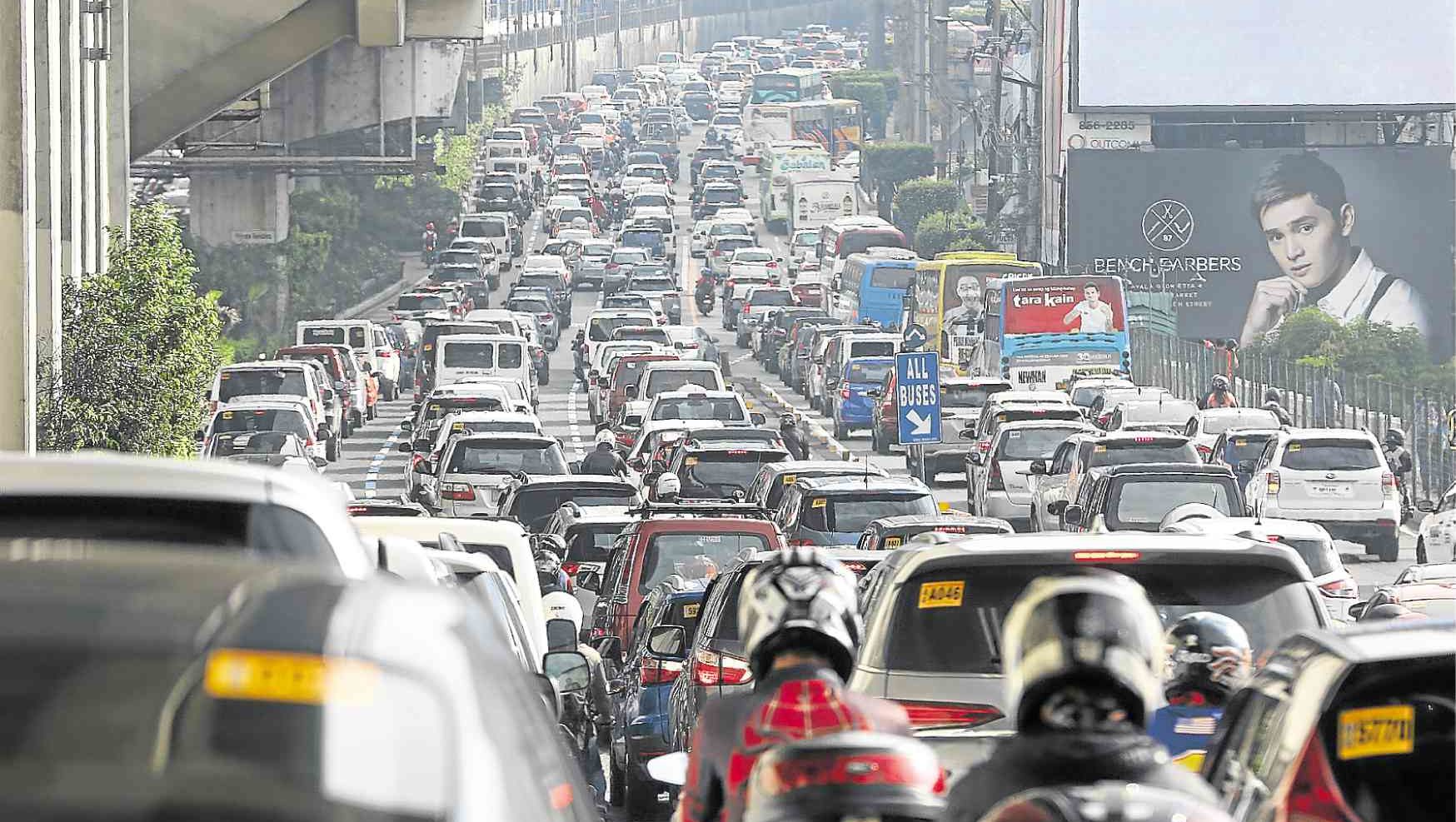 MANILA, Philippines — The Philippine National Police-Highway Patrol Group (PNP-HPG) is targeting to beef up law enforcement efforts against undisciplined drivers in a bid to help ease traffic on Edsa.

PNP-HPG director Brig. Gen. Eliseo Cruz revealed this Friday, as the police unit deployed an additional 43 officers along the stretch of Timog Avenue to Ortigas on Edsa to aid in enforcing traffic rules, augmenting 132 existing officers already stationed along the entire avenue.

In an interview with reporters, Cruz said the police officers will be deployed in “critical points” of Edsa and will be supported by around 100 personnel of the Metropolitan Manila Development Authority (MMDA).

(A problem has many contributing factors. One is the volume of vehicles and limited space on the roads. But another factor that contributes to the problem of traffic is the lack of discipline of drivers, especially bus drivers.)

Twenty patrol cars and 40 motorcycles, meanwhile, will be used by the HPG officers in their operations, according to Cruz.

But he clarified that the presence of more PNP-HPG personnel along Edsa will not automatically clear the major avenue of heavy traffic. Instead, he said, the PNP-HPG could well contribute to the goal by apprehending undisciplined drivers.

“Mas maraming nag-e-enforce ng batas, mas ma-e-ensure natin ang discipline ng taong bayan. ‘Yun ang aming formula (The more officers enforcing the law, the greater the assurance we have that we can discipline the public. That’s our formula). Sa pagtulong ng HPG, we are not saying that MMDA is not doing its job, but we will help them implement traffic laws by putting more traffic personnel along the highway,” he said.

He said the highway patrollers will also undergo training and seminars on enforcement of traffic laws from time to time so they can carry out their jobs better.

Aside from enforcing traffic laws, Cruz said PNP-HPG personnel will also be on the lookout for stolen vehicles traversing the 23.8-kilometer Edsa.