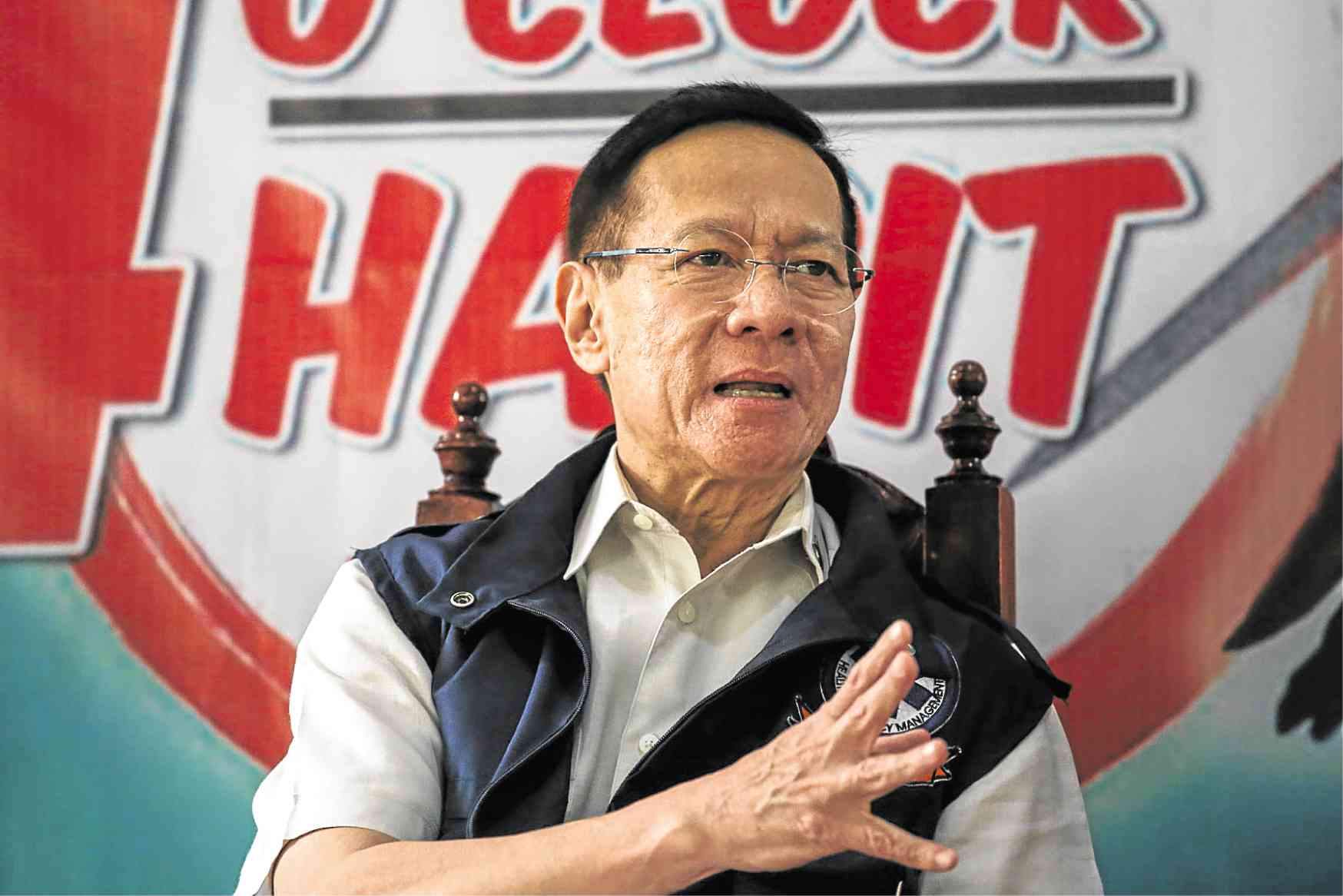 Health Secretary Francisco Duque III on Thursday denied knowing that their family-owned corporation had won a P507,600 supply contract with his agency a little over a year since he assumed office.

At the resumption of the Senate blue ribbon committee’s hearing on alleged fraudulent activities at the  Philippine Health Insurance Corp. (PhilHealth) and Duque’s alleged conflict of interest, Sen. Panfilo Lacson revealed that Doctors Pharmaceutical Inc. (DPI) was awarded the contract in December 2018.

Based on information from the Philippine Government Electronic Procurement System, Lacson said that the Duque family-owned DPI was issued a notice of award for the supply of multivitamins for the National Center for Mental Health (NCMH), a special research training center and hospital under the Department of Health (DOH).

Lacson recalled that in the previous Senate hearing, DPI chair Cesar Duque had said that their company had no dealings with the DOH when it was headed for the second time by his brother.

Lacson quoted Cesar as saying that Duque had given specific instruction that when he assumed office, there shouldn’t be any transaction with the DOH.

Duque confirmed such instruction but denied knowing about the contract won by DPI.

He also agreed with Lacson’s assertion that the supply contract with DPI “doesn’t look good” on him.

“I will take this under advisement and tell my brother straight to his face: Why did DPI supply the NCMH?” Duque assured lawmakers.

Duque has been under fire for alleged conflict of interest after Lacson revealed in July that not only did the health chief’s family lease its building in Dagupan to PhilHealth, but that it was also entering into contracts with the DOH.

Duque denied any impropriety and maintained that he divested all his interests in their companies when he assumed office in October 2017.

Also on Thursday, Duque admitted verbally threatening his predecessor and now Iloilo Rep. Janette Garin in the middle of last month’s Senate hearing, out of “pique.”

Lacson had asked Garin about reports that she had indeed been threatened.

Said Garin:  “When I was asked on when and how the fraud in PhilHealth started, Secretary Duque slightly became angry and said, ‘Be careful with what you say here. Marami akong hawak sa iyo.’ (I have a lot of information on you).”

But Duque may have “misunderstood” her presence in the hearing that she attended to “help put order in PhilHealth,” which she once headed as DOH secretary under the Aquino administration, Garin said.

Duque said the threatening words were a result of his being “piqued” with Garin’s statement that the fraud started when they began enrolling poor families with PhilHealth.

“We worked hard to enroll these poor families with PhilHealth then this would be linked to fraud. Napikon ako masyado (I was really annoyed),” Duque said.

Garin said that Duque had since apologized to her, and that the statement may have been prompted by the heat of the moment.