Gay conversion therapist comes out: ‘I was a religious zealot that hurt people’ 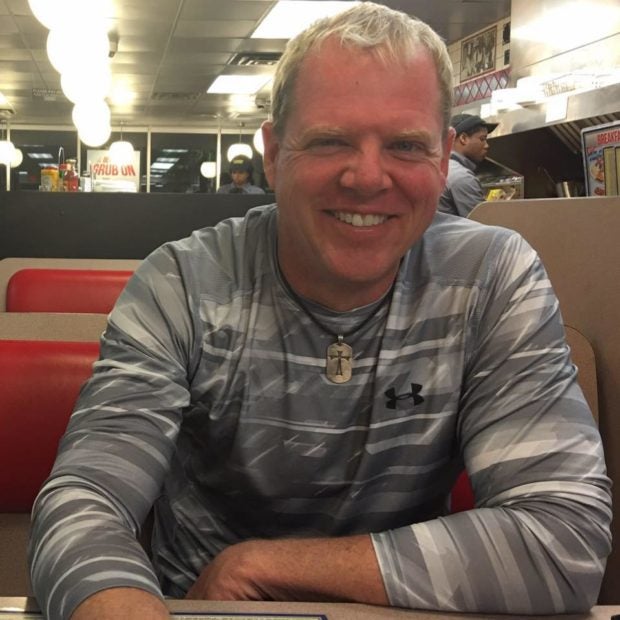 A gay conversion therapist came out last June and is now seeking to end the practice which he says is “harmful.”

McKrae Game, 51, opened up about how he became involved for two decades in a faith-based conversion therapy program in South Carolina, in a report by The Post and Courier on Aug. 30.  The program, which is formerly known as Truth Ministry and now named Hope for Wholeness, has a curriculum which teaches that same-sex attraction is a “disorder.”

The American Psychological Association (APA) has denounced such “treatments” because they “see homosexuality as a mental disorder, a concept that has been rejected by the mental health professions for more than 35 years.”

Game openly denounces gay conversion therapy and says he will be apologizing for life for the harm he has caused to participants in his so-called treatments. He founded Truth Ministry in 1999 which has become the center of conversion therapy providers in multiple states.

“Conversion therapy is not just a lie, but it’s very harmful because it’s false advertising,” he said in the report.

“I was a religious zealot that hurt people. People said they attempted suicide over me and the things I said to them,” Game added. “People, I know, are in therapy because of me. Why would I want that to continue?”

In a Facebook post on Aug. 26, prior to the report, he opened up about the pain he had caused others and the guilt he felt.

“Creating a catchy slogan that put out a very misleading idea of ‘Freedom from homosexuality through Jesus Christ’ was definitely harmful,” he said.

“I told people they were going to Hell if they didn’t stop, and these were professing Christians! This was probably my worse wrongful act.”

“The very harmful cycle of self-shame and condemnation has to stop,” he stressed. “It’s literally killing people!! Learn to love. Learn to love yourself and others.”

Game himself was the product of counseling against being gay after he experienced anxiety over his sexual orientation when he was younger. His mom paid a counselor who promised him that his same-sex attraction would lessen.

After six years of weekly counseling, and even when he married his wife in 1996, Game was still attracted to men and disclosed this to his wife. They are still together and have two kids.

Game is open to facing former clients who underwent his treatment, and posted on Aug. 21 on Facebook that he attended a counseling session with one of them.

“I really regret many things I said and did in my past,” he explained. “All I can do is take ownership, apologize, and try to restore relationships, and work in a positive direction in my own life and helping others in theirs.” Niña V. Guno/JB

Man who worked as ‘gay conversion therapist’ comes out as gay