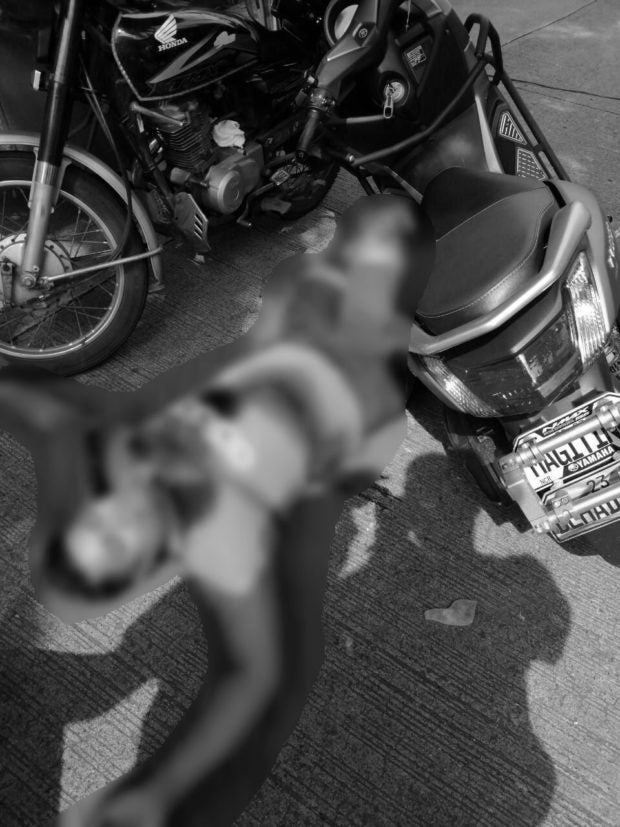 Police Patrolman Michael Delos Reyes lies on the ground after he was shot by two gunmen onboard a motorcycle in Quezon City on Thursday, September 5, 2019. Photo from QCPD

Police Patrolman Michael Delos Reyes, 36, was on his way to fetch his children from school aboard his motorcycle about 1:30 p.m. when the suspects attacked him.

According to a report from the Quezon City Police District-Masambong Station, police operatives have launched a manhunt against the assailants who managed to immediately escape after shooting Delos Reyes.

Police recovered from the crime scene seven pieces of spent shells from a caliber .45 gun, a deformed slug, and a fragment of a fired bullet.

An investigation is still ongoing, as of posting time, to determine the motive behind the incident, police said. /kga