30 injured as train and truck collide near Tokyo 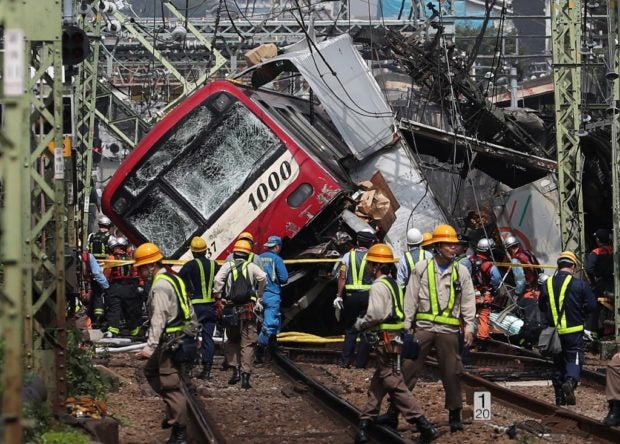 Rescue team work at the crash site, where a train is derailed after a collision with a truck at a crossing in Yokohama, Kanagawa Prefecture on September 5, 2019. Photo by JIJI PRESS / JIJI PRESS / AFP

TOKYO — A train and a truck collided at a crossing near Tokyo on Thursday, injuring 30 people, rescuers said.

“What we know now is 30 people were injured but we still cannot confirm further details including who they are or how serious their conditions are,” a spokesman at the local Yokohama fire department told AFP.

Television footage showed the first car of the train derailed and on its side, with windows shattered and some parts of the train apparently charred.

The train’s operator Keikyu said “several people” had been injured.

“It’s confirmed that (a train) made contact with a truck,” Keikyu spokesman Takuro Sekine told AFP.

The accident occurred at a crossing south of Tokyo, he said. /kga