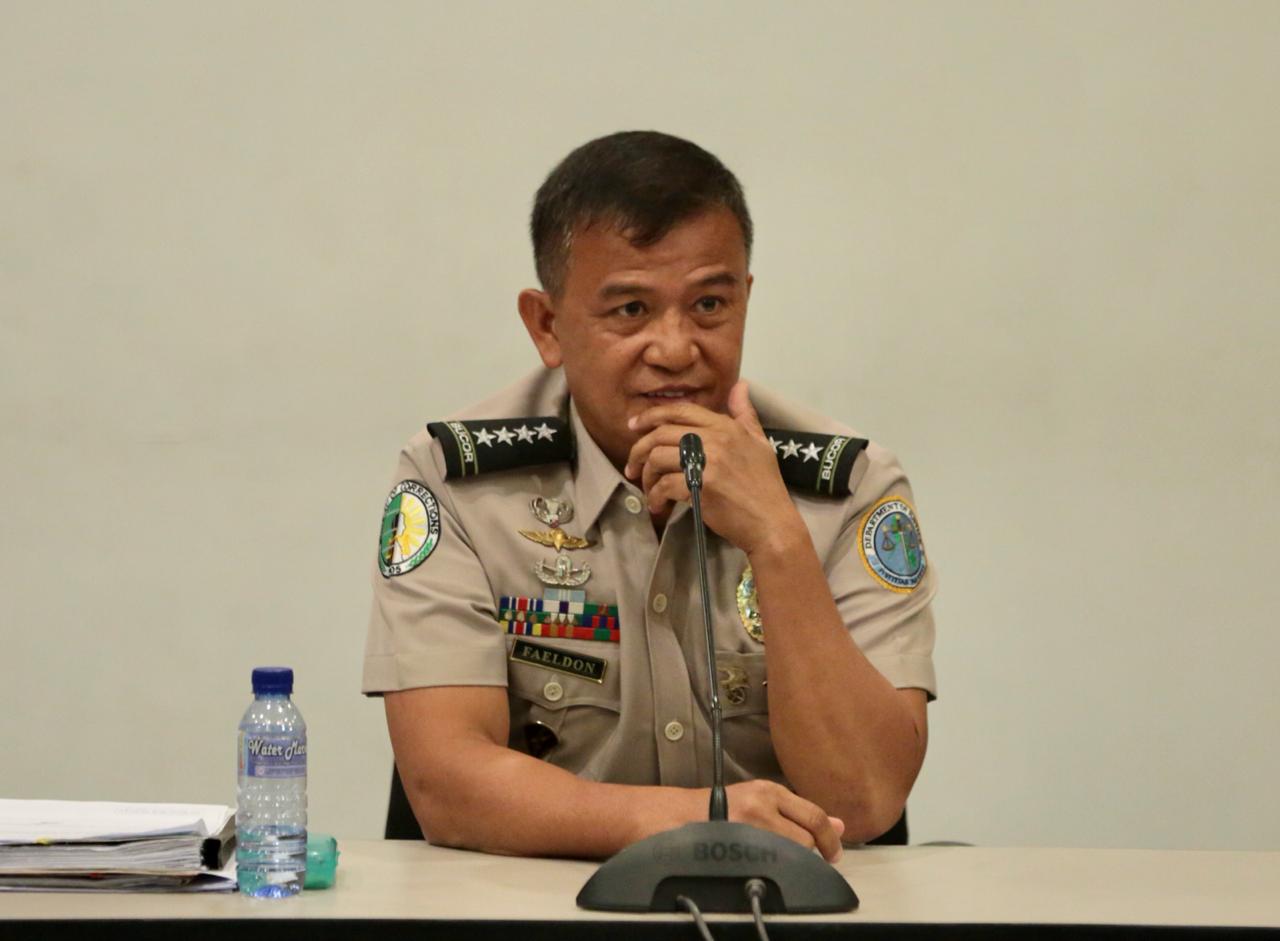 MANILA, Philippines — President Rodrigo Duterte on Wednesday sacked Bureau of Corrections (BuCor) chief Nicanor Faeldon for disobeying his order not to release convicts, and said he wanted him and other officials of the agency investigated by the Office of the Ombudsman.

The President also ordered close to 2,000 freed heinous crime convicts, including the killers of sisters Marijoy and Jacqueline Chiong of Cebu City, to surrender and register with the BuCor or be considered fugitives from the law.

He said he also suspected that there was corruption involved in some of the releases for good conduct time allowance.

“He said he was placing his destiny in my hands. Now is the time because he violated my instructions,” the President said in a hastily called press briefing on Wednesday evening.

The President said he had directed Faeldon not to release any convicts amid the public outrage over the impending release of convicted rapist and murderer Antonio Sanchez.

But Faeldon tried to justify the computation of good conduct time allowance that shaved time off their sentences, he said.

“There was already a fire, and I was trying to provide the fire extinguisher so that the people will not have doubts,” he said.

“What he did was he tried to justify their computation, which may be correct, by the way,” he added.

When a President issues a directive, it should be followed, he added.

The President also said he would want other BuCor officials to be placed under investigation by the Ombudsman.

Sought for comment, Ombudsman Samuel Martires said he had started to work on the investigation.

“I just had an initial discussion with some officers who will be assigned to conduct the investigation,” Martires said in a text message.

Asked whether he still trusted Faeldon, Mr. Duterte replied, “That is a matter between me and Faeldon.”

Faeldon wanted to talk to him, but he declined, he added.

The President, who had reappointed Faeldon to the BuCor after the Marine officer, then head of the Bureau of Customs, got caught up in the controversy over a P6-billion “shabu” (crystal meth) shipment that slipped past his agency, also tried to make light of the question on whether he would reappoint Faeldon to another position.

“Ask him where he wants to go,” he said.

He joked that if Faeldon wanted to replace National Security Adviser Hermogenes Esperon Jr., they would talk.

When pressed for a serious answer, he threw the question back to the reporter.

Addressing the convicts who were released, the President said they should surrender and register with the BuCor so that their records could be investigated and recomputed. They should cooperate with the investigation, he added.

“I will give you 15 days liberty provided you make yourself available anytime that you will be called for investigation to have a recomputation or if there’s an investigation of corruption that you cooperate fully,” he said.

If they defy him, they would be considered fugitives from justice, he said.

“And you will be treated as a criminal who is evading the law and, well, you know things can go wrong. If I were you, you surrender to the nearest police or military detachment wherever you are now,” he added.

He mentioned 1,700 freed convicts, but BuCor records show more than 1,900 serving time for heinous crimes have been released.

The President also defended his spokesperson Salvador Panelo, who met with Sanchez’s family and referred their request for clemency for the former mayor of Calauan, Laguna province, to the Board of Pardons and Parole.

“Panelo did not commit any infraction,” he said.

There was no conflict of interest in Panelo’s action because the former lawyer for Sanchez did not make a decision regarding the convict’s liberty, he added.

He could vouch for Panelo, he said.

The parole board denied the Sanchezes’ plea.

Addressing the Chiong family, who blamed him for the release of the killers, the President said the good conduct time allowance was not his creation.

The law is not entirely clear on some matters, he said.

“And it went on without really a clear-cut policy or direction even on the law itself on who would sign or grant with finality those who are enjoying their liberty now,” he said.

“We didn’t even know that there were already releases under the law because everybody was presuming to be the correct interpretation,” he added.

Those guarding the inmates are the ones releasing them, but there also is no law that it is the justice secretary who should do it, he said. —With reports from Dexter Cabalza and Patricia Denise M. Chiu