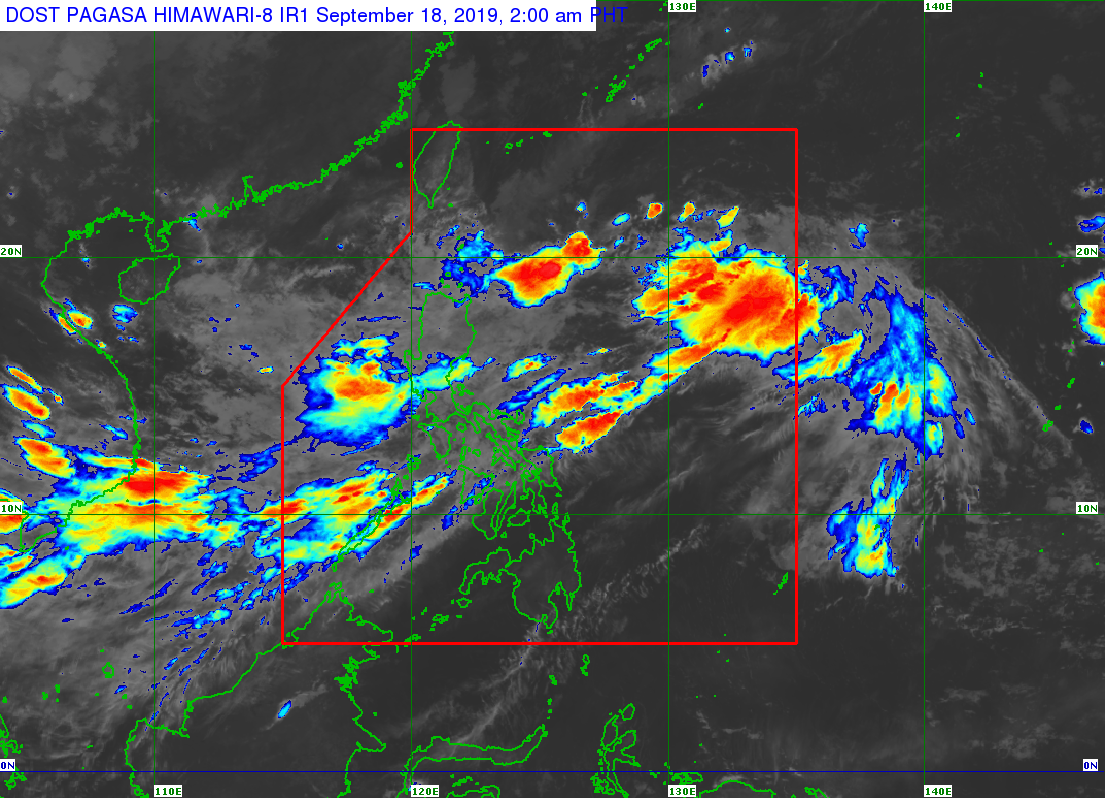 MANILA, Philippines — Tropical Storm “Liwayway” intensified into a typhoon on Wednesday, but would no longer cause significant impact on northern Luzon, according to the Philippine Atmospheric, Geophysical and Astronomical Services Administration (Pagasa).

But cloudy skies with scattered rainshowers and thunderstorms would prevail in the Ilocos, Cordillera and Cagayan Valley regions due to the southwest monsoon or “habagat,” Pagasa said in its bulletin issued at 4 p.m. on Wednesday.

As of 3 p.m., Liwayway (international name: Lingling) was spotted 420 kilometers northeast of Basco in Batanes province. It still packed strong winds of up to 140 km per hour near the center and gustiness of up to 170 kph. It continued moving northeast at 10 kph.

Even with its expected exit on Thursday, the combined effects of the trough of Liwayway and southwest monsoon would bring light to moderate intermittent rain over Batanes, including Babuyan Islands, and the Ilocos provinces until Friday morning, the weather bureau said.

Pagasa is also monitoring another low pressure area (LPA) 860 km east northeast of Hinatuan town in Surigao del Sur province. Should it intensify into a tropical depression, it will be named “Marilyn.”

In Batanes, except for the heavy downpour that caused roads to be covered with mud, no damage was reported in Itbayat town, which was hit by two strong earthquakes on July 27.