Bersamin balks at criticisms that SC engages in ‘judicial legislation’ 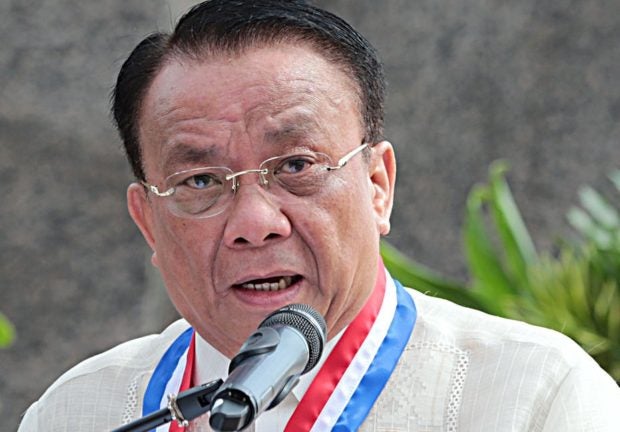 MANILA, Philippines — Chief Justice Lucas Bersamin on Wednesday opposed critics who say the Supreme Court engages in judicial legislation in some cases such as the acquittal of former President Gloria Macapagal Arroyo.

“That is not judicial legislation that is an interpretation to make the law operate and the courts are free to do that,” said Bersamin at a press conference.

“Although law did not use the term main plunderer it was needed to point out that you the prosecutor must say which of these public officials who you are accusing is the main plunderer because there will be others who merely contributed,” he explained.

Bersamin who penned the decision said he based his decision on the information that charged former President JosephEstrada with plunder. In the Estrada case, Bersamin said the charge sheet was clear because it specified that Estrada was the “hub” while the others merely contributed.

“‘Yung mga nagbigay sa kanya ng pera they were the spokes and he was the hub,” Bersamin said.

The Plunder Law, passed in 1991, provides that any public officer who, by himself or in connivance with members of his family, relatives by affinity or consanguinity, business associates, subordinates or other persons, amasses, accumulates or acquires ill-gotten wealth through a combination or series of overt or criminal acts, in the aggregate amount or total value of at least P50 million shall be guilty of the crime of plunder and shall be punished by life imprisonment with perpetual absolute disqualification from holding any public office.

It also says that any person who participated with a public officer in the commission of plunder shall likewise be punished.

In the imposition of penalties, the degree of participation and the attendance of mitigating and extenuating circumstances shall be considered by the court, the law further says.

The court shall declare any and all ill-gotten wealth and their interests and other incomes and assets including the properties and shares of stock derived from the deposit or investment thereof forfeited in favor of the State, the law likewise says.