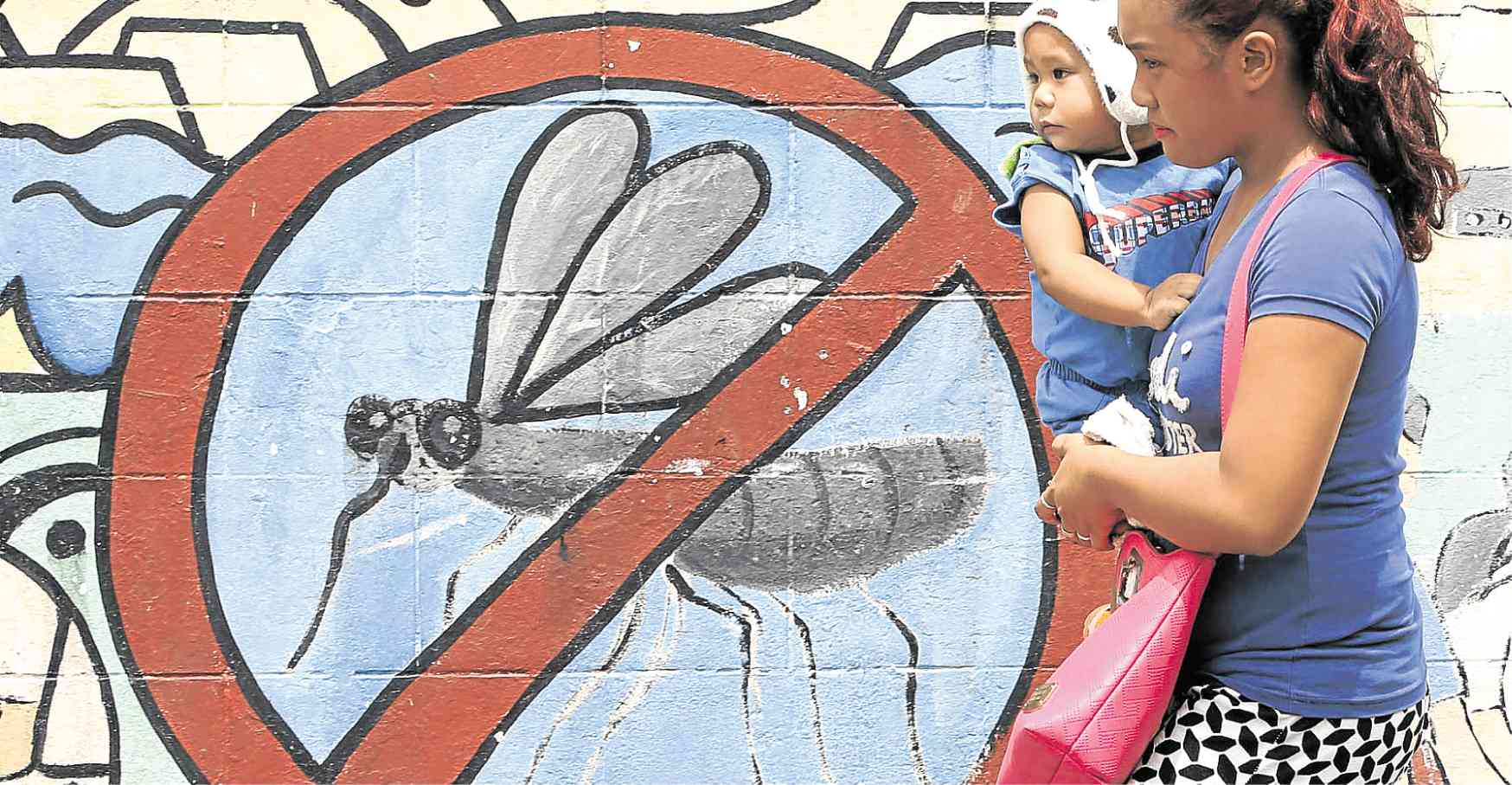 An antidengue mural at San Lazaro Hospital in Manila reminds people about the government’s fight against disease-carrying mosquitoes. Recently, the Department of Health declared a national alert due to the increasing cases of dengue. —MARIANNE BERMUDEZ

DHAKA —The number of dengue patients this month surpassed the combined total of such patients in the last 19 years with experts warning about further spread of the virus in the next two months.

A total of 50,974 people were infected with dengue in August alone against 50,166 from 2000 to 2018, Ayesha Akther, assistant director of the DGHS control room, told The Daily Star last Friday.

The Directorate General of Health Services (DGHS) recorded only 1,796 cases of dengue in August last year, she said, adding that the number had never crossed 11,000 annually since the first dengue outbreak in the country in 2000.

According to the DGHS, 1,024 dengue patients were admitted to different hospitals across the country within 24 hours till 8:00am yesterday, raising the tally of such patients to 69,435.

Experts have warned that there may be further spread of dengue in the next two months as the weather conditions during that period could be suitable for breeding of Aedes mosquitoes.

Considering this, experts urged the authorities concerned as well as people to take all-out measures to check the spread of the disease.

Kinkar Ghosh, epidemiologist at Dhaka Shishu Hospital, said that if there is intermittent rain next month, there is a chance of an increase in dengue cases.

Prof Sanya Tahmina, line director of Communicable Disease Control of the DGHS, said the authorities concerned must continue drives to wipe out breeding grounds of Aedes as more than 1,000 dengue cases are recorded every day.

She said they would have to strengthen efforts next month when the weather conditions could be ideal for breeding of Aedes.

Sanya mentioned that they would conduct a survey to know about density and pattern distribution of Aedes outside the capital.

“We will start from Chattogram,” she added.

DGHS Director General Prof Abul Kalam Azad said there had been an increase in dengue cases in September and October in the previous years.

If it doesn’t rain in the next two months, there is a chance that the number of dengue cases would come down, he said.

“We will give training to health service providers in and outside the capital so that they can properly deal with dengue patients,” added Kalam.

“The authorities concerned as well as people will have to carry on cleanliness activities at least till October,” he said.

One dies in capital

Munni Begum, wife of Ashraf Ali from Keraniganj, had been admitted to the DMCH with high fever on Wednesday, hospital sources said.

With this, at least 124 people died from dengue this year.

The DGHS, however, put the number at 52.

The first dengue case was recorded in the country in 2000 when at least 93 people died of the disease and 5,551 were hospitalized.