Canadian wins jackpot, but kept it a secret for 10 months 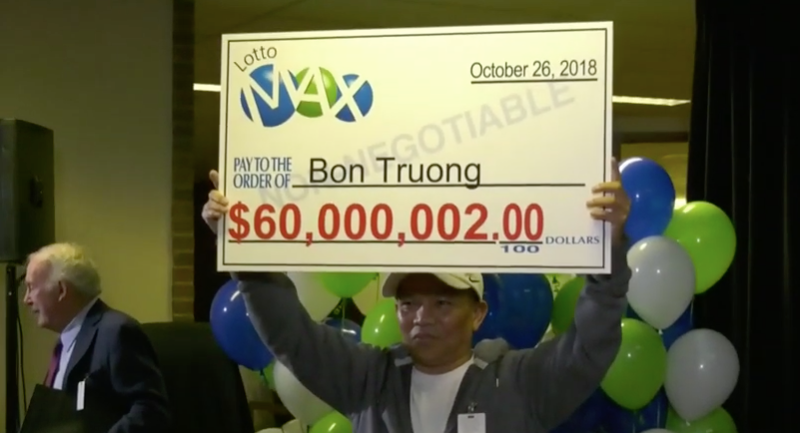 OTTAWA, Canada–A Vietnamese refugee who played the same lottery numbers since resettling in Canada 36 years ago won a Can$60 million jackpot, but kept it secret for 10 months.

“I started to think about what this win would mean for my family,” he told a press conference. “I realized it’s going to change a lot of things and I wanted to make sure we were all ready and prepared for those changes.”

So he signed his name and phone number on the ticket and put it in a safe.

Truong told reporters he now planned to use his winnings to pay off his mortgage, take a family vacation and then continue working as a gardener.

He also quipped that did not intend to reveal his newfound fortune to his children because he wanted them to still work hard.

“Coming here with nothing, nothing, after the Vietnam war, he worked,” his niece Mina Truong said. “That’s all they did, work, save money to buy a house … have a better life for their children, play the lottery, and finally after 30 years it pays off. You’re just really happy for them,”

Truong purchased the ticket at a local casino, picking a number combination of important dates and family birthdays.