7 wounded after bus crashes into LRT post in Manila 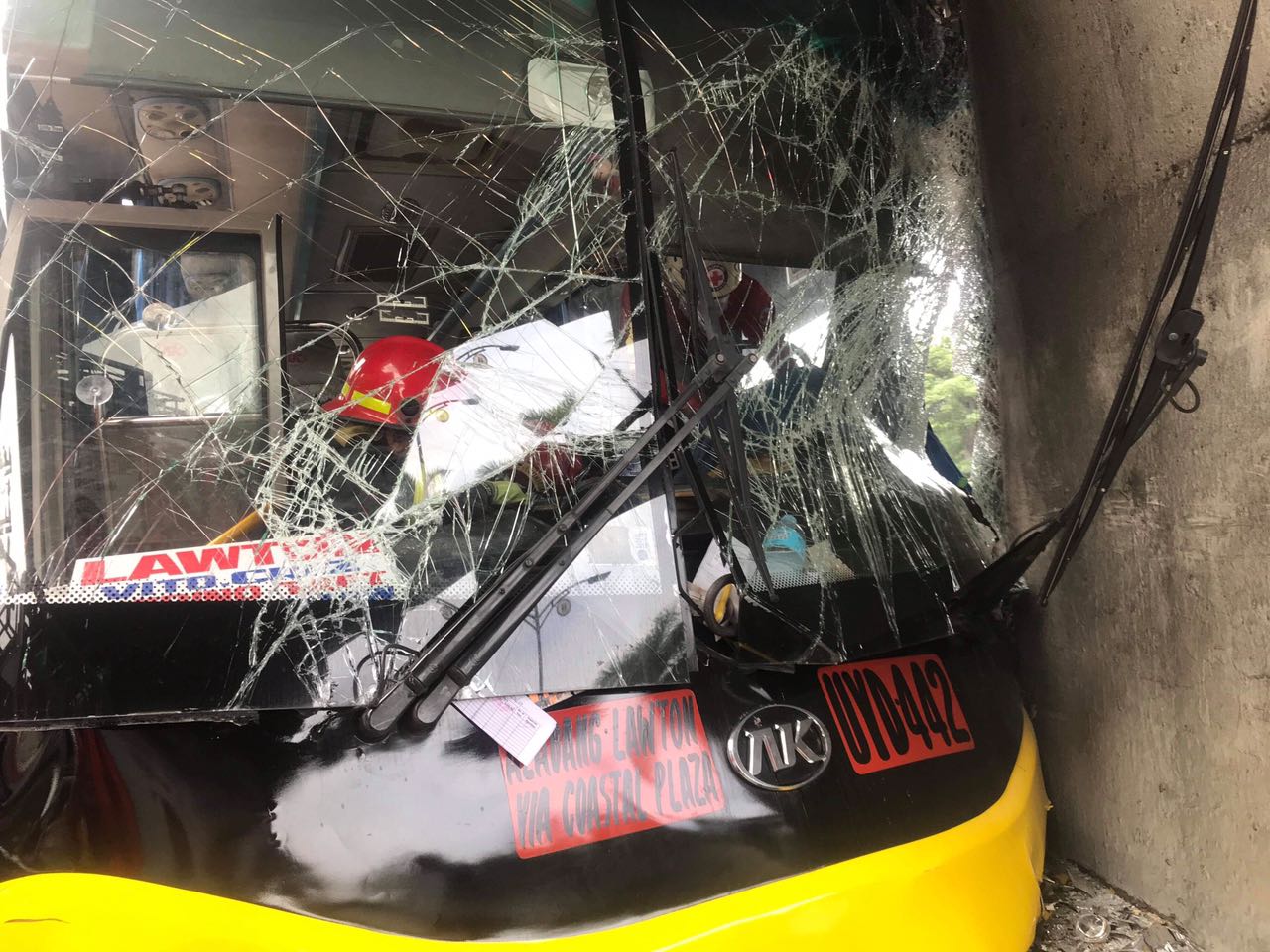 An Alabang Transport Service Cooperative bus sustains cracked windshield after it rammed into an LRT post in Ermita, Manila on Saturday morning. (Photo courtesy of the Manila Public Information Office)

MANILA, Philippines — Seven people, including a driver, were injured after a bus rammed into a post of the Light Rail Transit (LRT) in Ermita, Manila on Saturday morning.

The Alabang Transport Service Cooperative bus, with plate number UVD 442, was traversing the northbound lane of P. Burgos Street when it crashed into the LRT post in front of the Manila City Hall at around 9:10 a.m., Ermita police chief Lt. Col. Igmedio Bernaldez said.

The injured passengers and driver were brought to the Ospital ng Maynila, Bernaldez said in a report.

Police have yet to determine the cause of the crash. 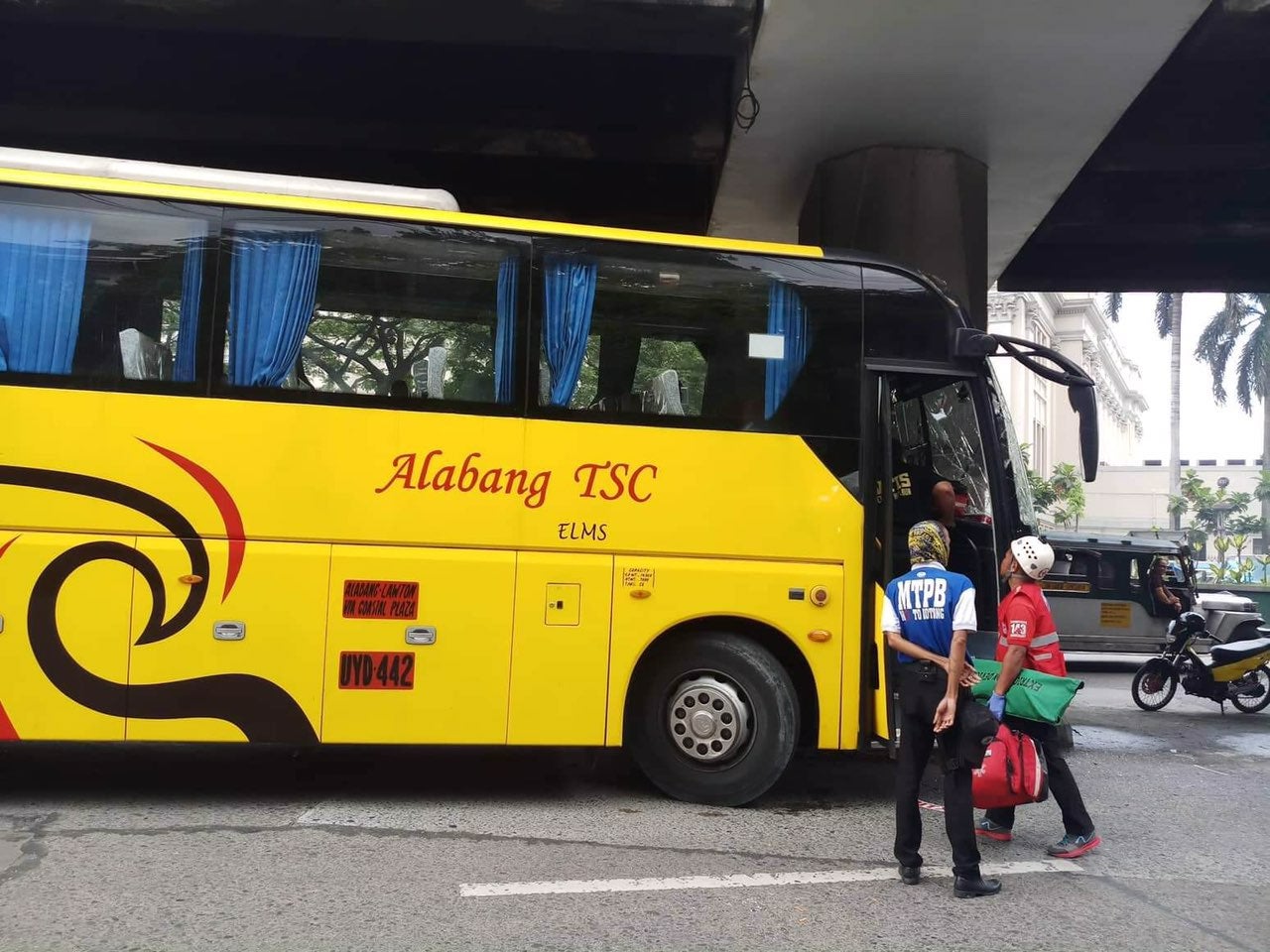