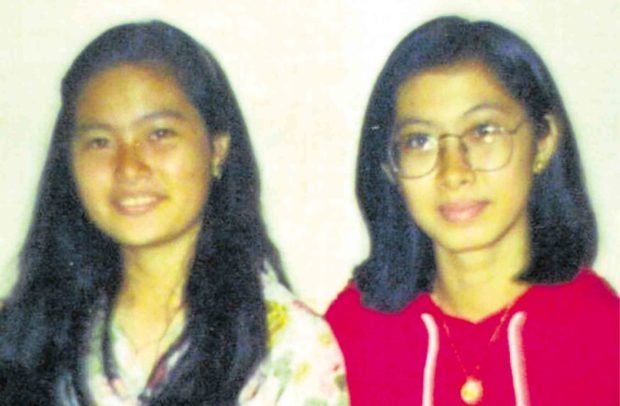 PAINFUL AND UNJUST Thelma Chiong, mother of rape-murder victims Marijoy, 20, and Jacqueline, 22, said the release of three of the seven men convicted in their killing was both painful and unjust. The men were reportedly freed under a 2013 law that shaves time off prison terms for good behavior. -CEBU DAILY NEWS PHOTOS

CEBU CITY—The mother of rape-murder victims Marijoy and Jacqueline Chiong fumed over reports that three of the seven men convicted in the 1997 case may have benefited from a law that allows the early release of prisoners on good conduct.

Thelma Chiong on Friday said she received reports that Josman Aznar, Ariel Balansag and Alberto Caño were among 1,914 convicts of heinous crimes who were released due to good conduct time allowance (GCTA) under Republic Act No. 10592.

“I am really shocked. This is unfair. This is injustice,” she told the Inquirer in a phone interview.

“Who would want the killers of her daughters go out of prison? They didn’t even inform me that there were plans to release three of the convicts in my daughters’ death. That’s difficult to accept,” Chiong said.

In Manila, Sen. Panfilo “Ping” Lacson, said in a radio interview that the three men had already been freed but it was not Bureau of Corrections (BuCor) chief Nicanor Faeldon who signed their release papers.

“I learned that a certain Marquez signed it,” the senator said on Friday. “But the one with the authority to sign release orders is the BuCor director. Whoever was the underling, subaltern or assistant there who signed it, the ultimate responsibility rests with the director.” 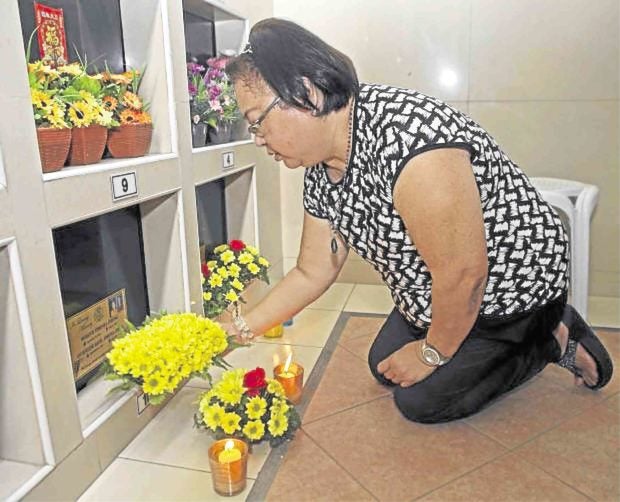 PAINFUL AND UNJUST Thelma Chiong, mother of rape-murder victims Marijoy, 20, and Jacqueline, 22, said the release of three of the seven men convicted in their killing was both painful and unjust. The men were reportedly freed under a 2013 law that shaves time off prison terms for good behavior. -CEBU DAILY NEWS PHOTOS

To belie the reports, Chiong challenged BuCor officials to present Aznar, Balansag and Caño to the public.

On Thursday, BuCor legal division chief Fredric Anthony Santos refused to confirm or deny that the three men had been released, saying only a court could compel him to disclose such information.

Chiong reminded authorities that all seven men convicted of raping and killing her daughters could only be released through a presidential pardon, not through the good conduct law.

“Why would you allow rapists to go out of prison? We worked so hard to secure justice for my daughters and here comes reports that they would just be released from the jail just like that,” she added.

Chiong appealed to President Duterte to let the convicts serve out their sentences.

“Mr. President, don’t let criminals get out of prison. I could not accept that. That’s another form of injustice. It’s all right for petty crimes, but for this kind of offense—two life sentences—it’s so painful to see them go,” she said.

Investigators said the Chiong sisters were forced into a vehicle by a group of men as they waited for their father to pick them up outside a mall in Cebu City on the night of July 16, 1997.

Two days later, Marijoy’s body was found at the bottom of a ravine in Carcar City, 42 kilometers south of Cebu City. Jacqueline was never found.

In 2004, the Supreme Court imposed the death penalty on the convicts except for James Andrew, a minor at the time of the crime, who was sentenced to life imprisonment. In 2006 then President Gloria Macapagal-Arroyo commuted the sentences to life terms after she abolished capital punishment.

In 2009, Larrañaga was transferred to a jail in Spain after the Department of Justice approved his application to take advantage of a treaty that would allow him to serve the rest of his sentence in Spain by virtue of his dual Spanish-Filipino citizenship. The other convicts remained at the New Bilibid Prison (NBP) in Muntinlupa City.

The Senate is scheduled to open an inquiry into the implementation of RA 10592 on Monday.

Lacson said there was a trend that the “moneyed ones” were getting out of prison through the good conduct law.

“If those left behind in prison are poor, and only the rich ones can avail the GCTA, then we should start thinking … My source in the NBP says money talks there,” he added. —WITH A REPORT FROM JULIE M. AURELIO