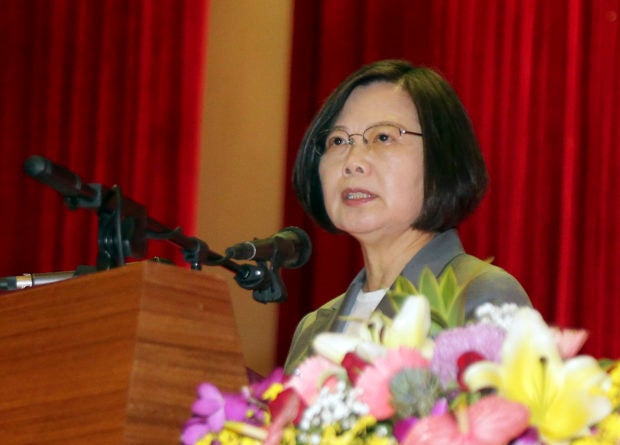 Tsai spoke Friday at Armed Forces Day in Taipei City. She said Taiwan has been locally building its own submarines and fighter jets.

Tsai added that Taiwan’s determination to defend itself has won international support, as the U.S. in recent months approved sales of M1A2 tanks and F-16Vs.

Taiwan is a democratically governed island that split from Communist Party-ruled mainland China amid civil war in 1949.

Beijing claims Taiwan as part of its territory and has condemned the U.S.’s arms sales to the island.

Chinese President Xi Jinping has said he would not rule out using force in efforts to “unify” Taiwan and the mainland. /gsg